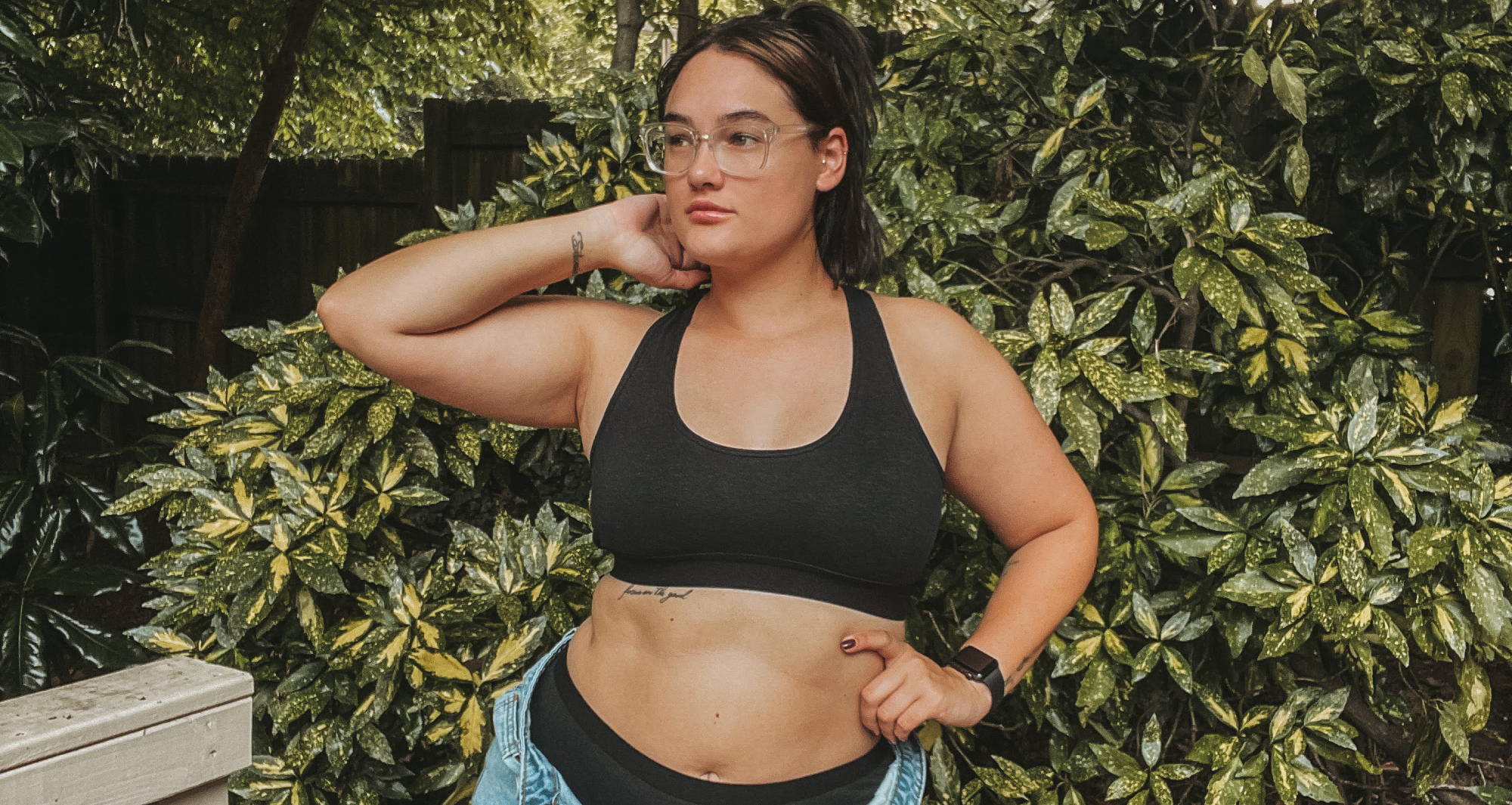 I’ve got all the details on how this even became a holiday and how to find ways to celebrate! Pull up your favorite sustainable fashion blogs, put on your hemp bra, and brush up on organic cotton vs cotton, cuz we’re celebrating Vegan Day together!

The Perfect Pair of Minimalist Underwear

The Perfect Pair of

WHAT IS WORLD VEGAN DAY?

It’s a day that both celebrates and draws attention to veganism and the vegan movement. Vegans, vegetarians, pescatarians, flexitarians, and even diehard meat-eaters can celebrate Vegan Day—we all can embrace the holiday. 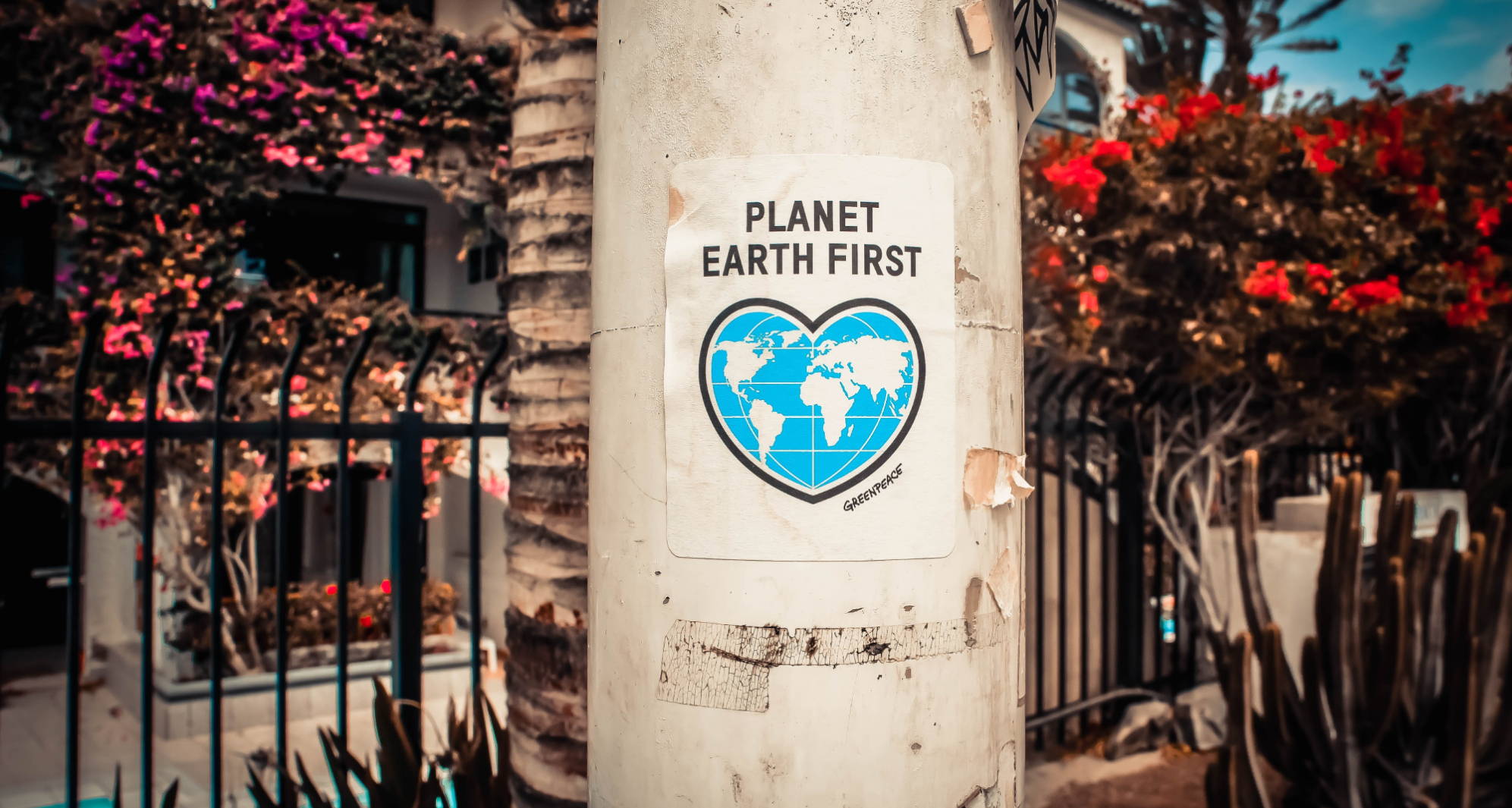 WHAT IS THE VEGAN MOVEMENT & VEGAN SOCIETY?

Believe it or not, veganism has some seriously deep roots, dating back to WWII and beyond. The founders of the vegan movement, Donald Watson and Elsie Shrigley, were involved in England’s oldest and still-functioning society: The Vegetarian Society. I know—how surprising that this is the oldest society in a very old country!

But because Donald and Elsie wanted to cut out other animal products from their diet—and The Vegetarian Society wouldn’t allow them to differentiate their lifestyle—they started The Vegan Society.

In November 1944, the word “vegan” came to be, initially identifying vegetarians who didn’t consume dairy products. Fun fact: “vegan” was just one option for the name. Others included:

In the end, Donald and Elsie decided to take the first three letters of “vegetarian” and combine them with the last two letters. And so, veg+an = vegan! 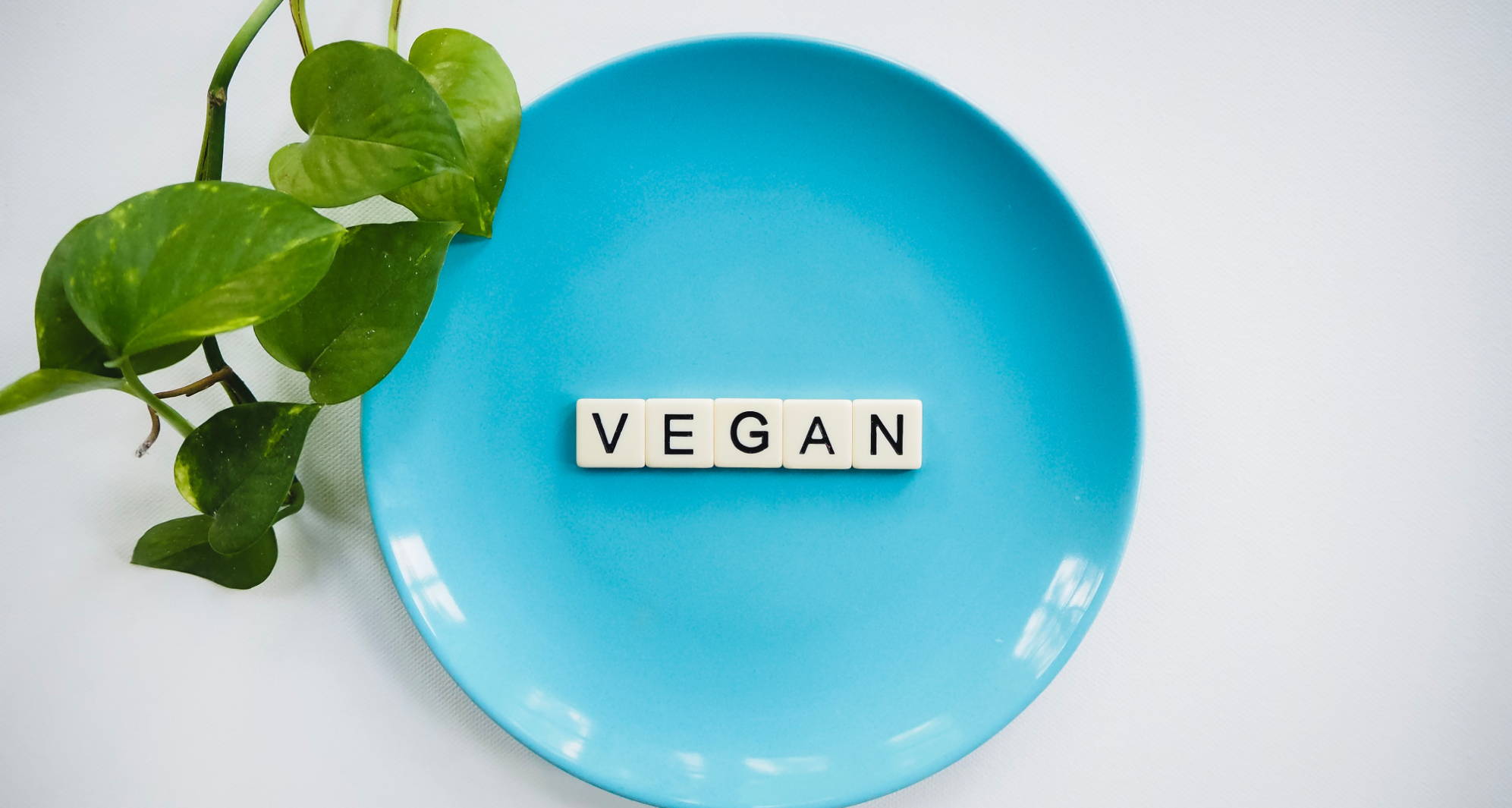 WHAT DOES IT MEAN TO BE VEGAN?

The first definition of veganism stated a goal “to seek an end to the use of animals by man for food, commodities, work, hunting, vivisection, and by all other uses involving exploitation of animal life by man.” That goes far beyond just not eating meat and animal byproducts, which is why it’s important to look beyond your diet if you want to embrace veganism.

In 1988, the definition expanded, focusing on avoiding exploitation and harm to animals within two categories: diet and lifestyle. So, being vegan means eating a plant-based diet, wearing affordable ethical clothing and embracing the minimalist clothing lifestyle, and paying attention to your overall carbon footprint. 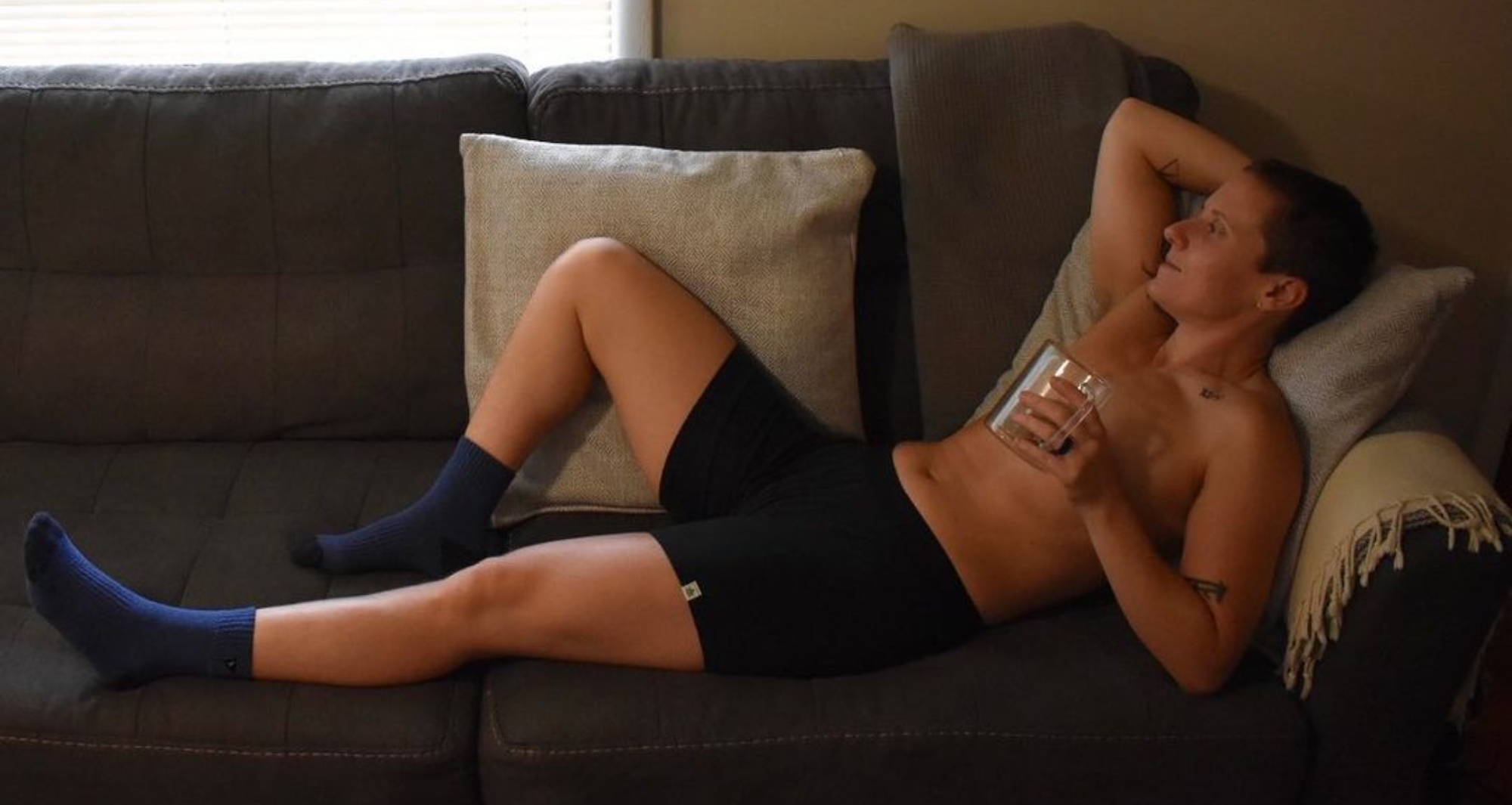 CAN YOU CELEBRATE WORLD VEGAN DAY EVEN IF YOU'RE NOT A VEGAN?

Full transparency: I don’t fall into the above definition of veganism. Sure, I don’t eat meat or eggs, but I still eat honey, I wear shoes with leather, and my cat loves fish. But that doesn’t mean that I, or anyone who isn’t vegan, can’t embrace and celebrate Vegan Day! It’s equally important to bring attention to the movement as a whole.

Here’s something I found interesting about veganism in the US:

Wait. How can the plant-based industry be worth so much, but less than 10% of our population eats a vegetarian or vegan diet? That’s because it’s okay to dabble! If you love a good burger, of course, the plant-based burgers are marketed to you, right? It’s totally okay if you’re not a strict vegan—you’re still doing your part! 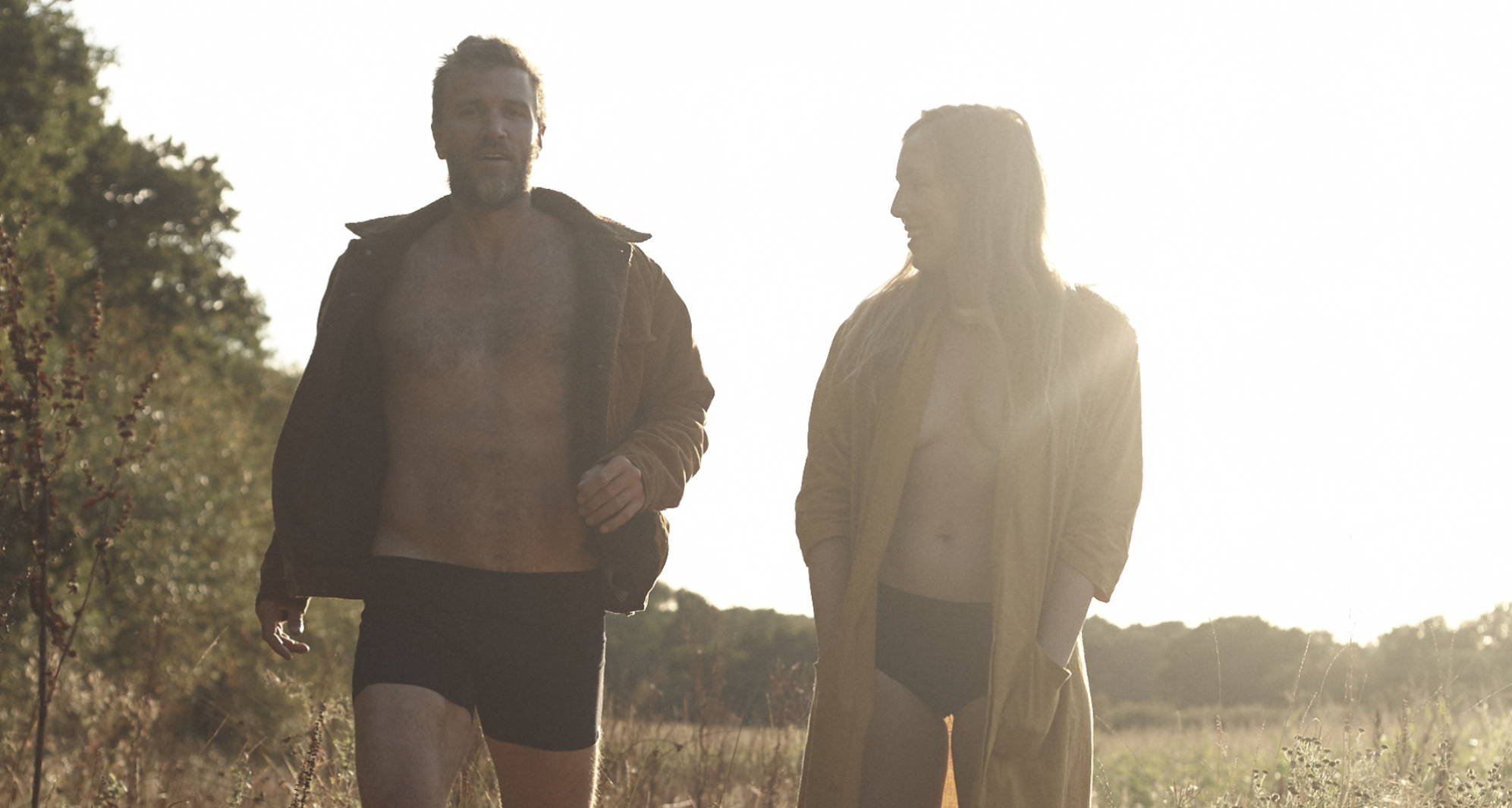 BABY STEPS TO A VEGAN-LIKE LIFESTYLE

Have you come across this quote by Anne Marie Bonneau, the Zero Waste Chef? She says, “We don’t need a handful of people doing zero waste perfectly. We need millions of people doing it imperfectly.” So don’t beat yourself up if you eat a beef burger one week and a plant-based burger another. It’s all about baby steps!

When I first altered my lifestyle, I took it one thing at a time. It’s how I knew I would be successful. Here’s how I progressed: 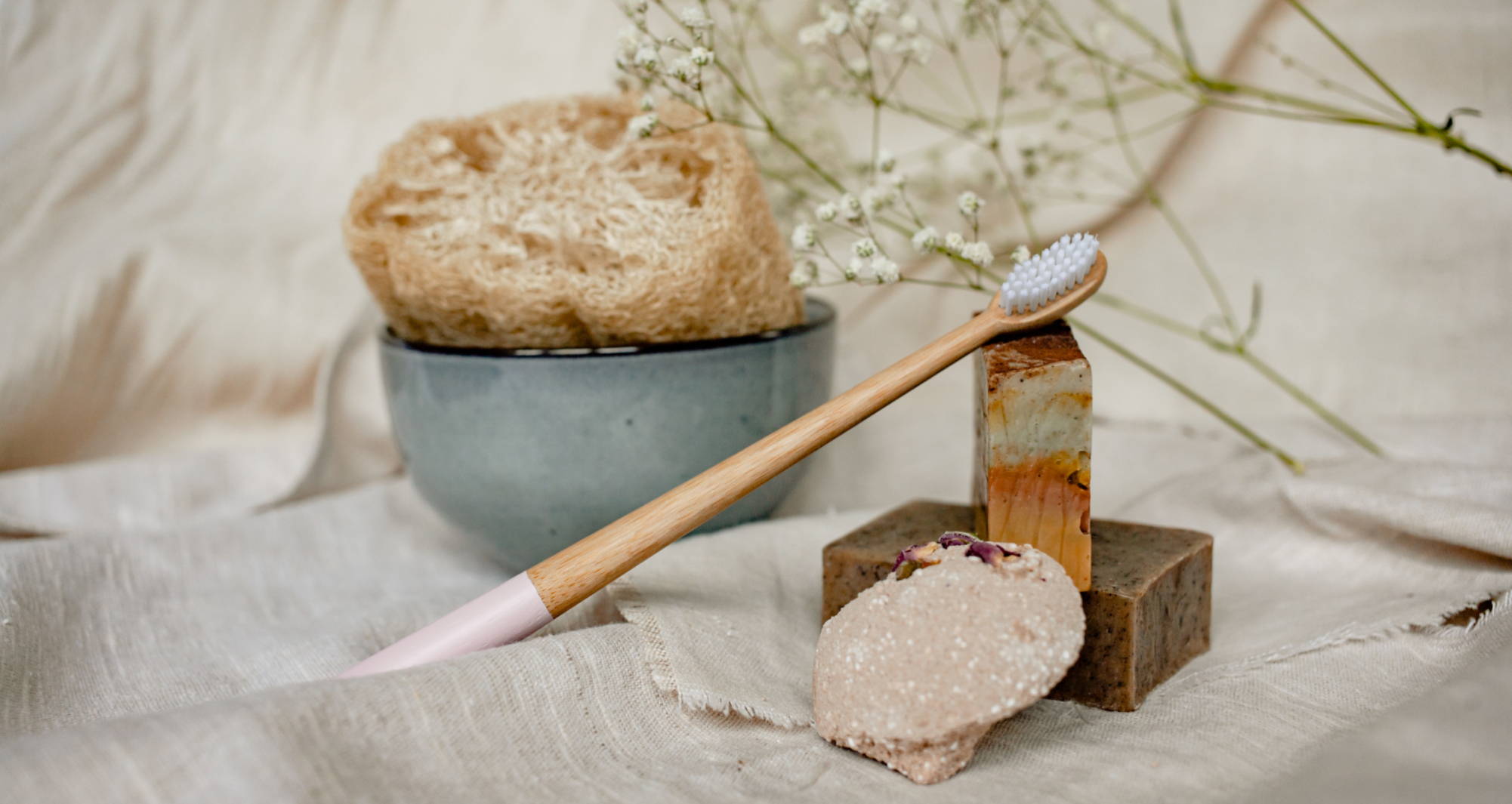 All of that to say, you can do it, too! Focus on what you want to change (diet, clothing, home products, lifestyle, transportation) and make small changes little by little. Break it down like I did above and embrace the imperfectness. I still have a ways to go, but even my small contributions are adding up. And imagine if millions of people do the same!

HOW TO CELEBRATE WORLD VEGAN DAY

Okay, so now that you know a bit about World Vegan Day (aka National Vegan Day), and you have permission to celebrate even if you’re an imperfect vegan, how should you honor this day? Here are a few ways you can celebrate Vegan Day alone or with your community. 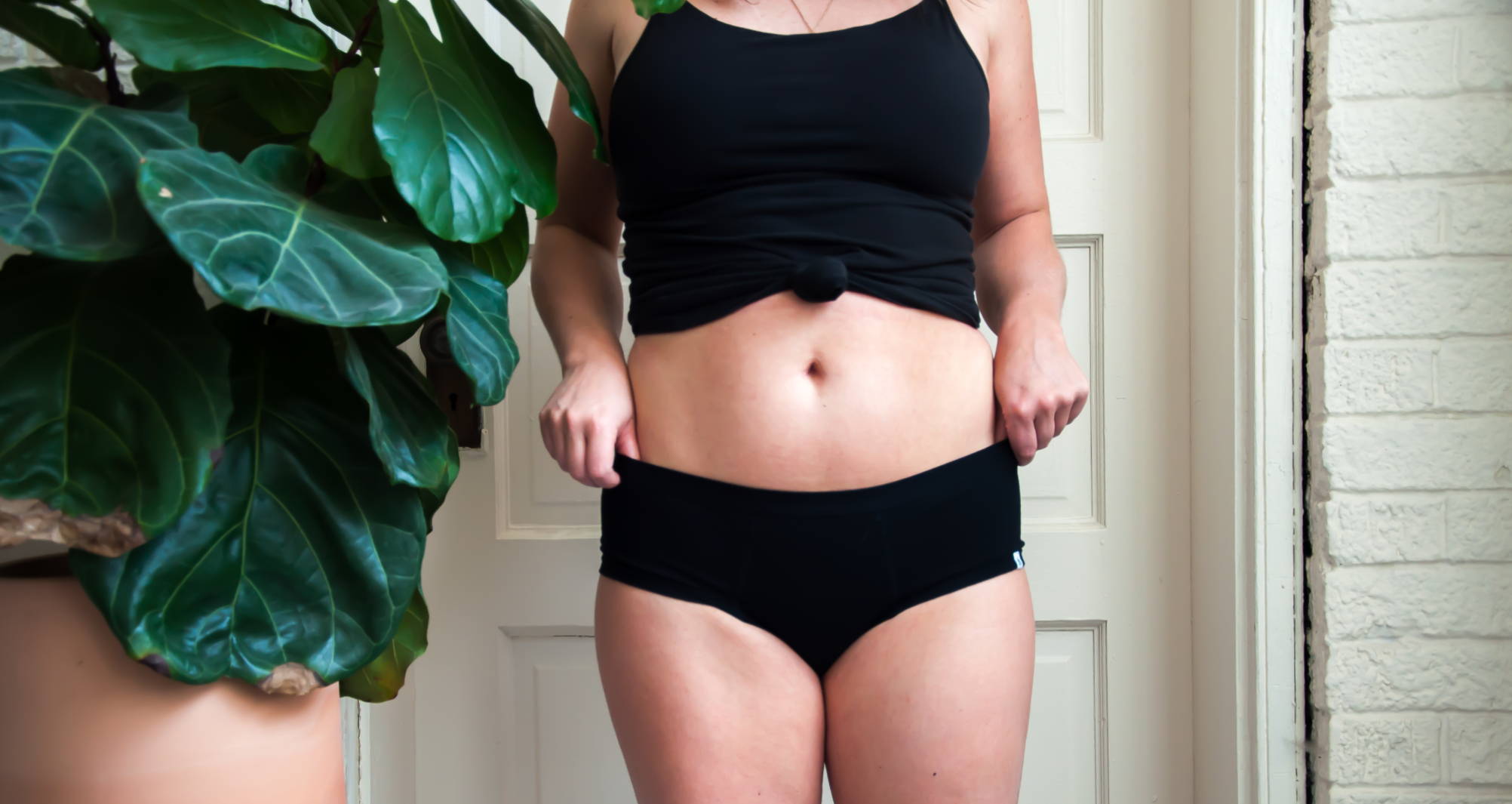 If you love to shop, read about the environmental and humanitarian effects of the fashion industry. Many focus on fast fashion, but the industry as a whole is responsible for 10% of the world’s carbon emissions. If that doesn’t sound like a lot, it’s more than maritime shipping and international travel COMBINED.

Instead, embrace slow fashion and shop brands that offer sustainable fabrics, use low impact dyes, and focus on eco-friendly materials like hemp. National Vegan Day is a great day to update your wardrobe with vegan clothing brands and vow to reduce your fashion ecological footprint.

If you need new undies, WAMA offers breathable underwear and embraces hemp clothing benefits. Hemp is one of the strongest materials, requires almost no water (typically just rainwater), is naturally pest-resistant, and actually strengthens the soil around it. It’s great for your netherregions and the environment! 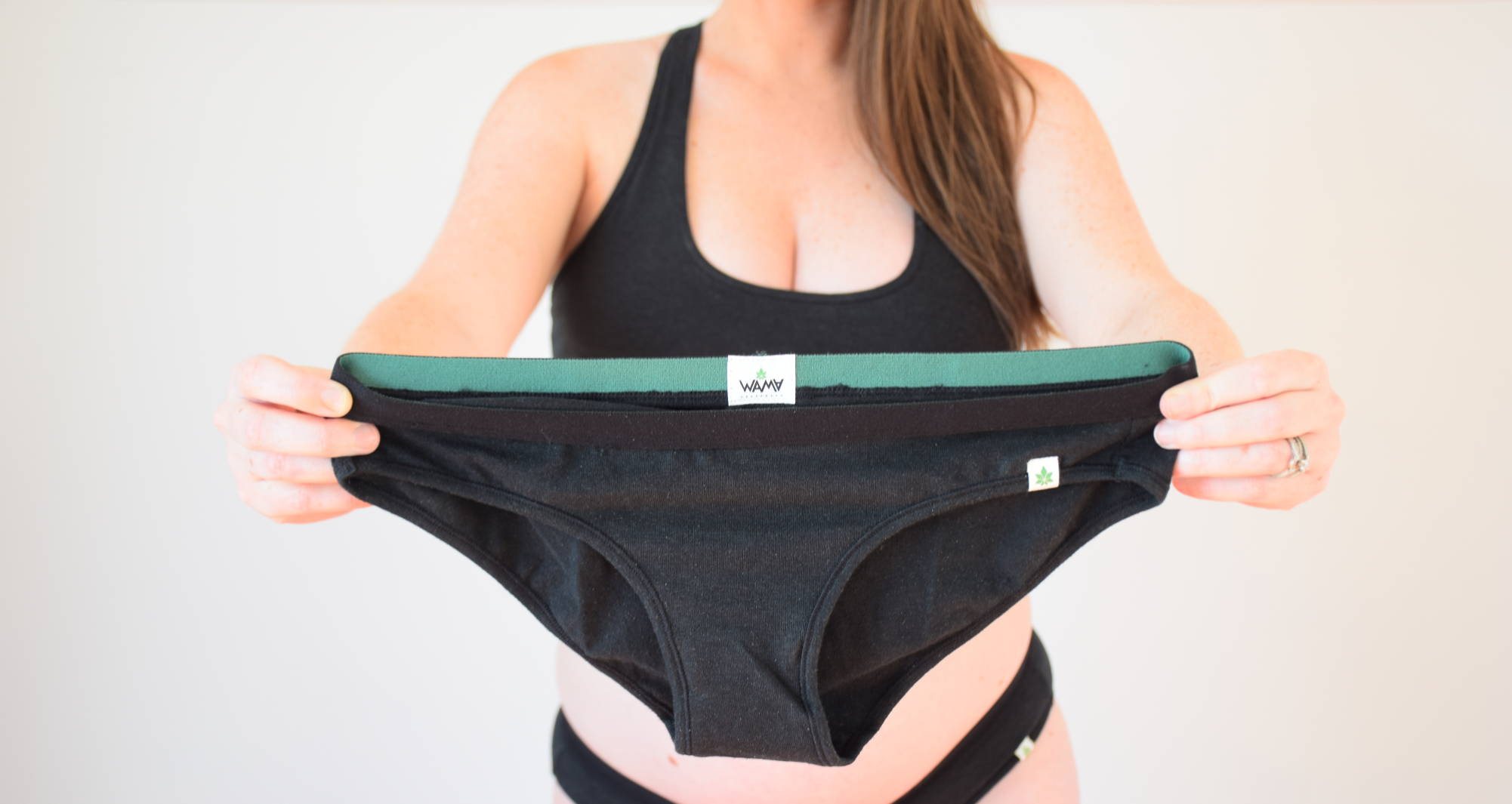 A huge part about Vegan Day 2021 and veganism is not eating meat or animal byproducts. With the interwebs at your fingertips, there are so many vegan and plant-based recipes that are way better than their animal-based alternatives.

There are several ways to discover new recipes for World Vegan Day. My go-to’s include: 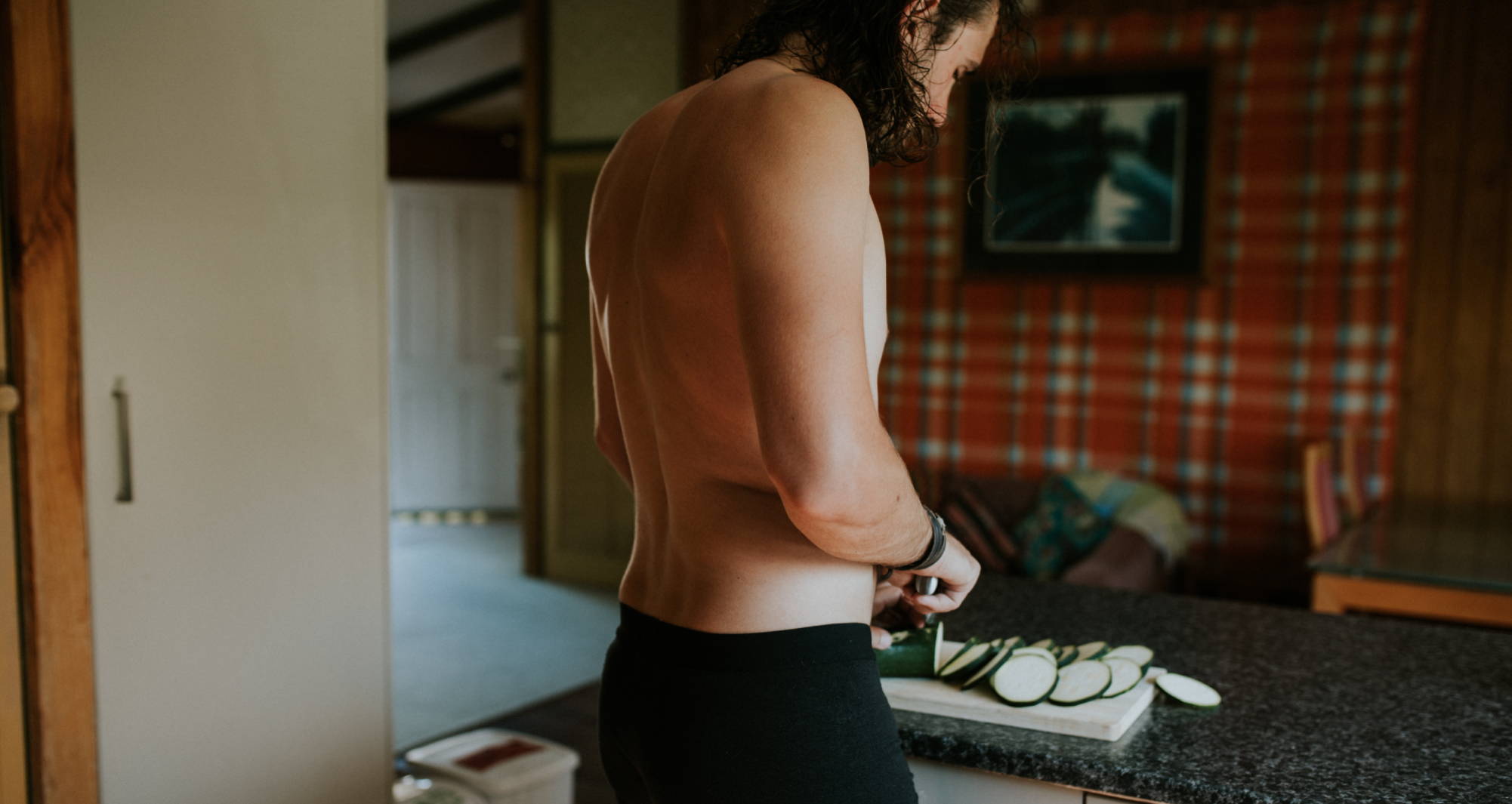 Let’s be honest, veganism doesn't exactly have the best reputation. Vegans are often seen as elitists and a lifestyle borne out of privilege—not everyone has the luxury of picking and choosing their diets, and many see veganism as expensive. 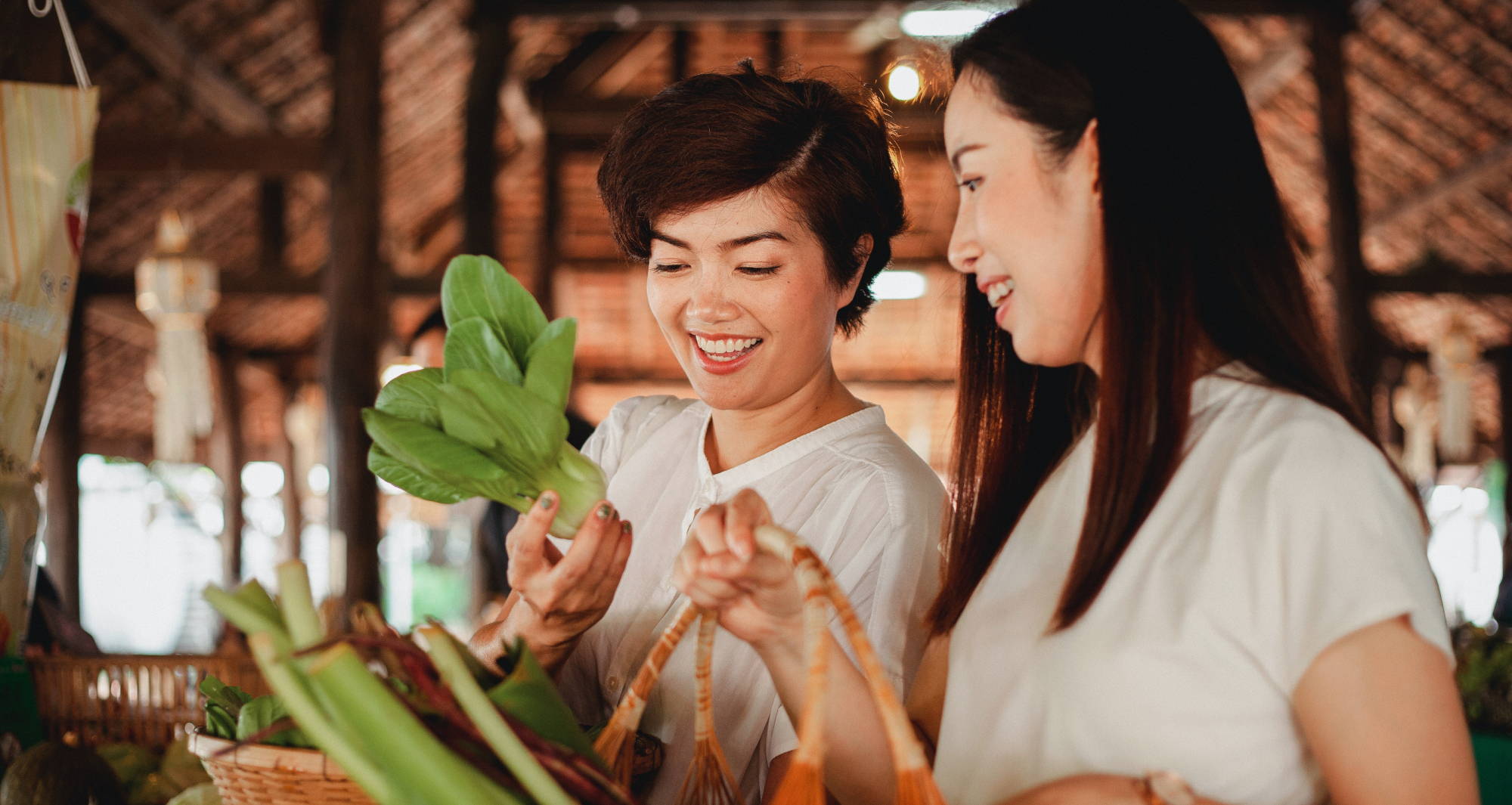 Sure, if you’re only buying vegan alternatives to conventional products, then, yes, it’s expensive. But if you stick to plant-based products like produce, legumes, and cereals, a vegan diet can actually be more affordable.

Advocacy tackles the problem of misinformation well. You’re helping spread accurate information, bust myths, and expose ways to embrace veganism no matter who you are. The more mainstream plant-based diets become, the more accessible and affordable they will be! And, remember the power of millions to do it imperfectly. 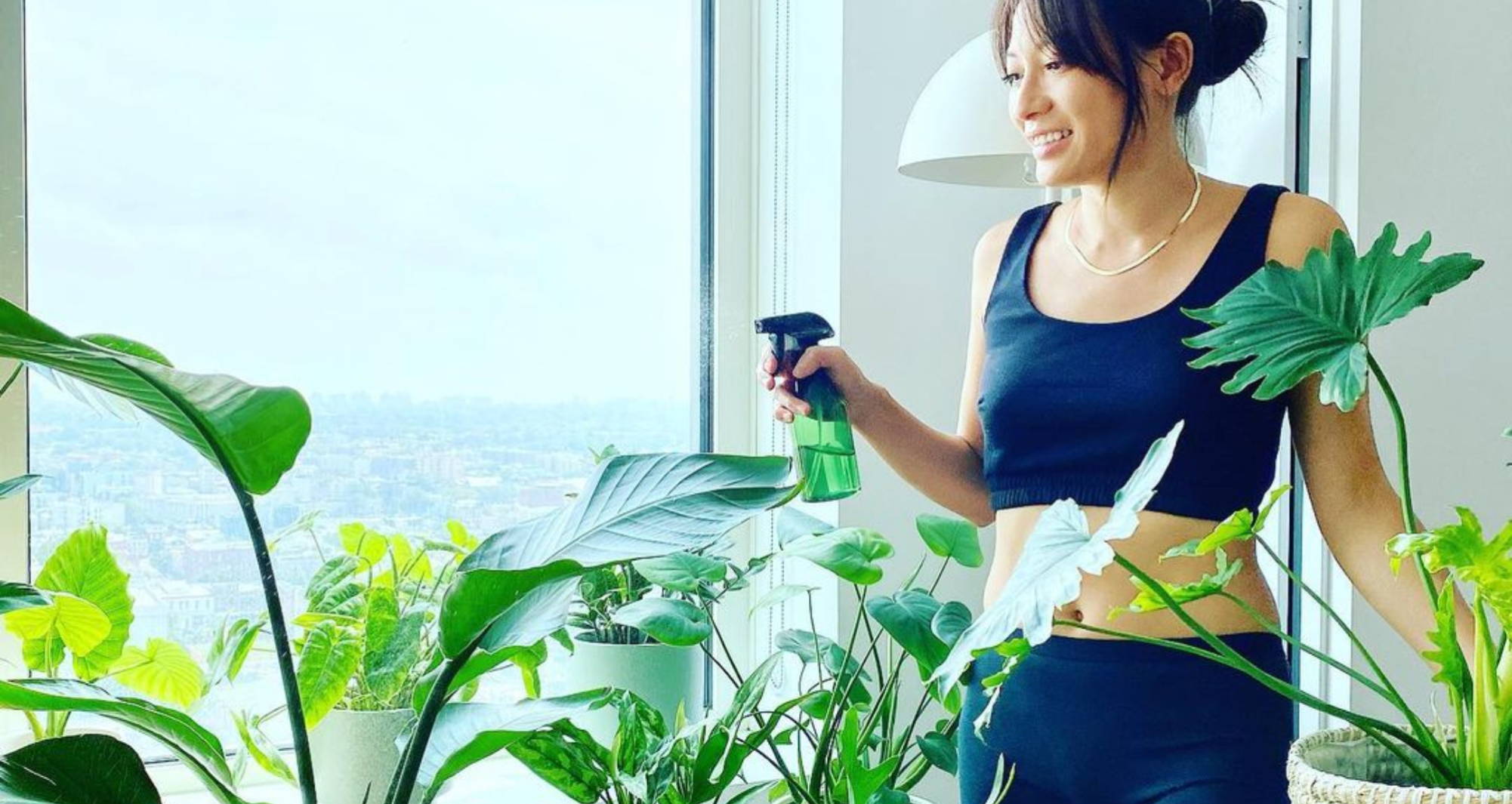 SO, WHEN IS WORLD VEGAN DAY?

Whether you’re vegan or not, you can celebrate Vegan Day 2021! Don’t worry if you still eat cheese sometimes (guilty). Just embrace the imperfectness and work toward your vegan and plant-based goals step-by-step.

How will you celebrate World Vegan Day 2021? Lemme know in the comments!