Hemp vs Linen: 5 Reasons Hemp Is The Ultimate Natural Fiber 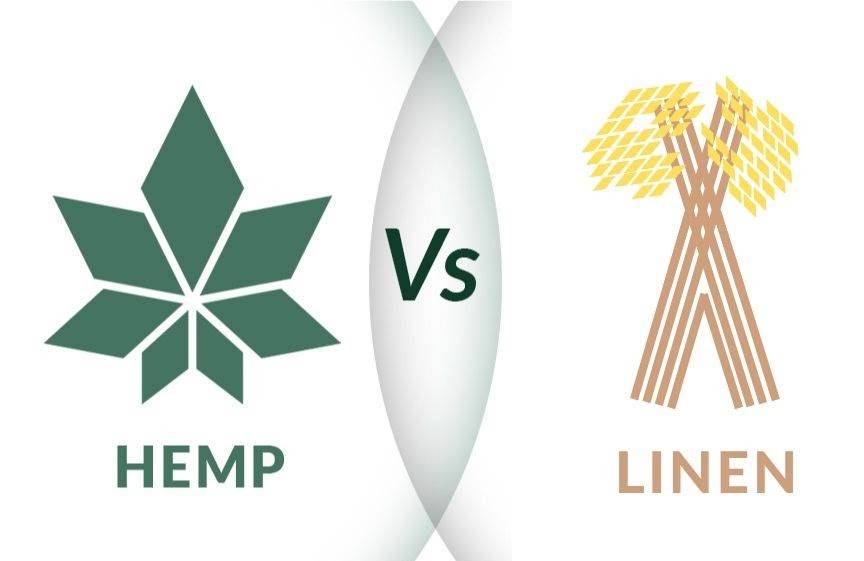 At first glance, hemp and linen appear to be nearly the same. They both become softer with each wash. They’re both breathable fabrics with antibacterial properties. In fact, you need a microscope to see the difference between the two.

Of course, I’m partial to hemp underwear. But it’s more than just a personal preference! When it comes to the sustainability of hemp vs linen, there are so many factors that make these closely-related fibers more different than you might originally think.

LINEN VS HEMP: 5 REASONS HEMP IS THE ULTIMATE NATURAL FIBER 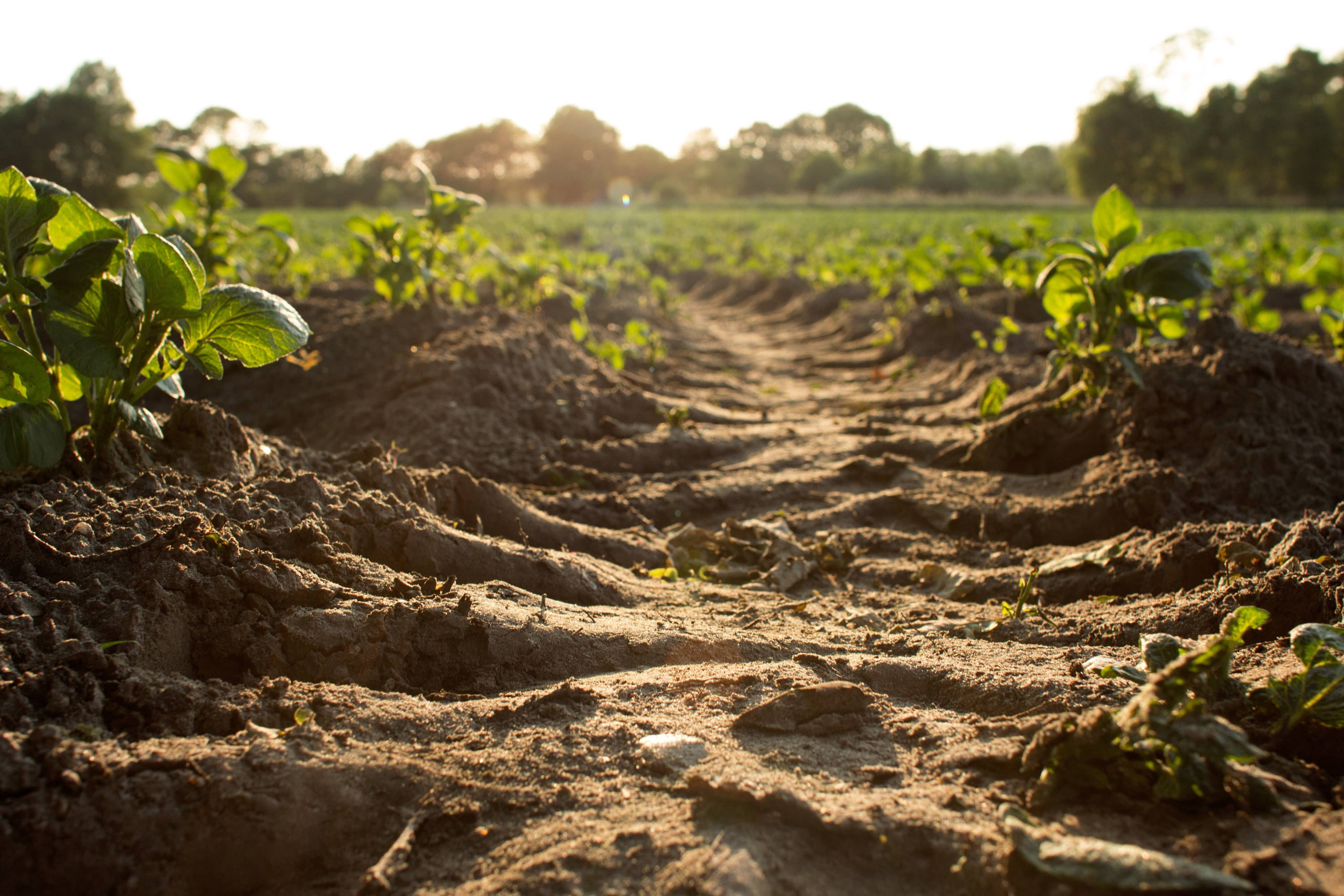 Growing hemp improves the soil and clears weeds away, making it a favorite for crop rotation by farmers around the world. Even better, hemp doesn’t exhaust the soil, so it can be replanted on the same land for years.

Now let’s compare that to linen. First, you should know that linen is derived from flax. Flax does deplete soil health over time, so it can only be cultivated from the same land for about five years before needing to be rotated.

While both hemp and flax can be used as preceding crops in rotation, hemp has a better influence on soil health than flax and has even been shown to increase wheat yields by 10-20 percent when used as a preceding crop.

Plus, hemp’s long taproots are fantastic at preventing erosion and keeping soil healthy during droughts. On the other hand, farmers are specifically discouraged from growing flax on eroding or drought-prone soil because of it’s short taproots. That’s one point for hemp and a resounding zero for linen. 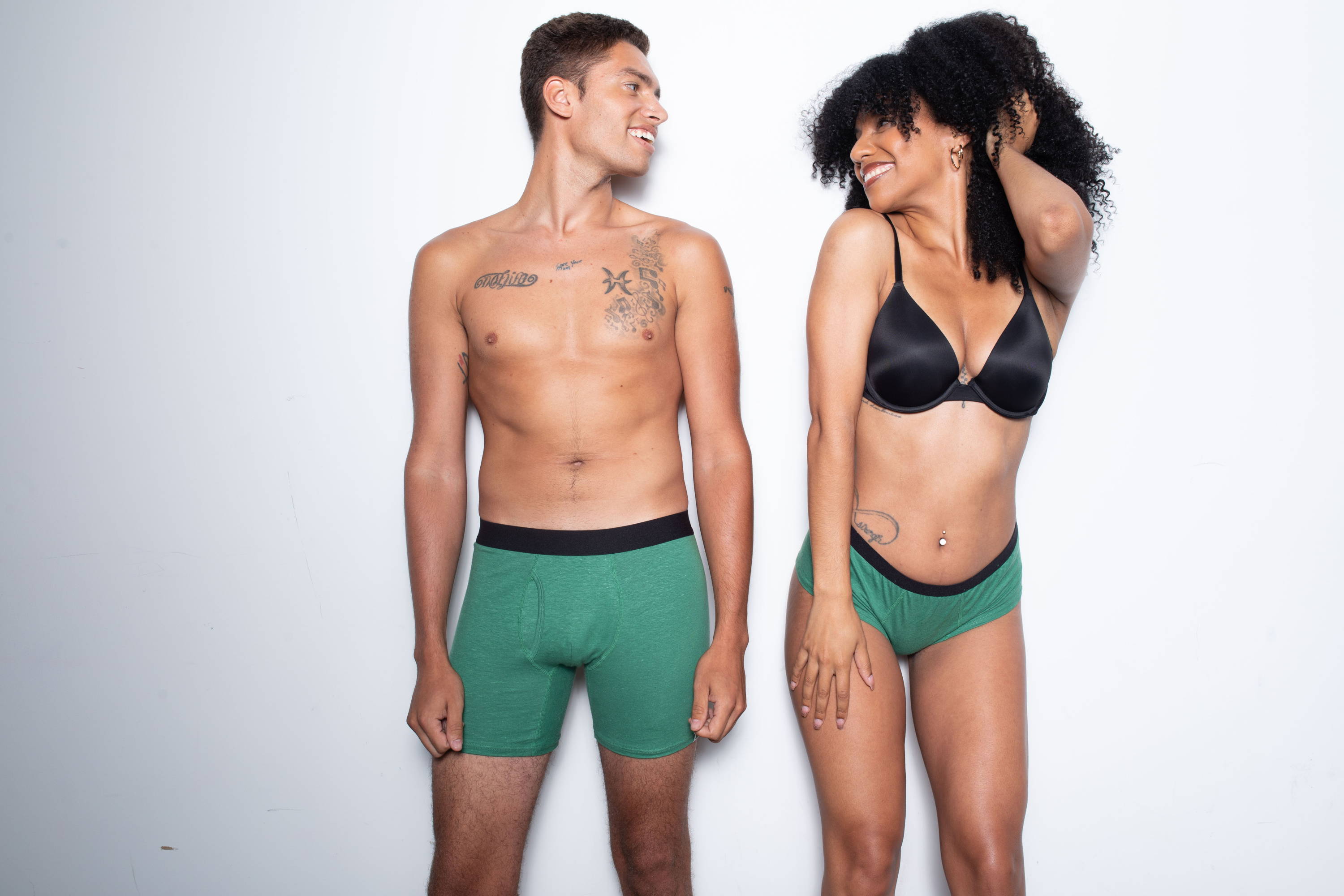 Unlike flax, hemp is a superstar at growing without the use of pesticides or herbicides because it’s naturally resistant to pests and weeds. It’s much harder to produce a high yield of flax without herbicides because weeds develop easily amongst flax crops.

These dangerous chemicals come into play at the manufacturing stage, too. It’s true that one study found that hemp needs more water during the retting process than flax does, which turns the favor towards linen. Yet the same study determined that flax retting was more environmentally problematic due to the higher use of pesticides.

Using herbicides and pesticides is the opposite of sustainable. These nasty chemicals wreak havoc on the environment by contaminating the soil, water, and surrounding plants and animals. For fabric that doesn’t contribute to chemical waste, hemp is definitely the right choice.

3. HEMP HAS A HIGHER YIELD PER ACRE THAN FLAX. 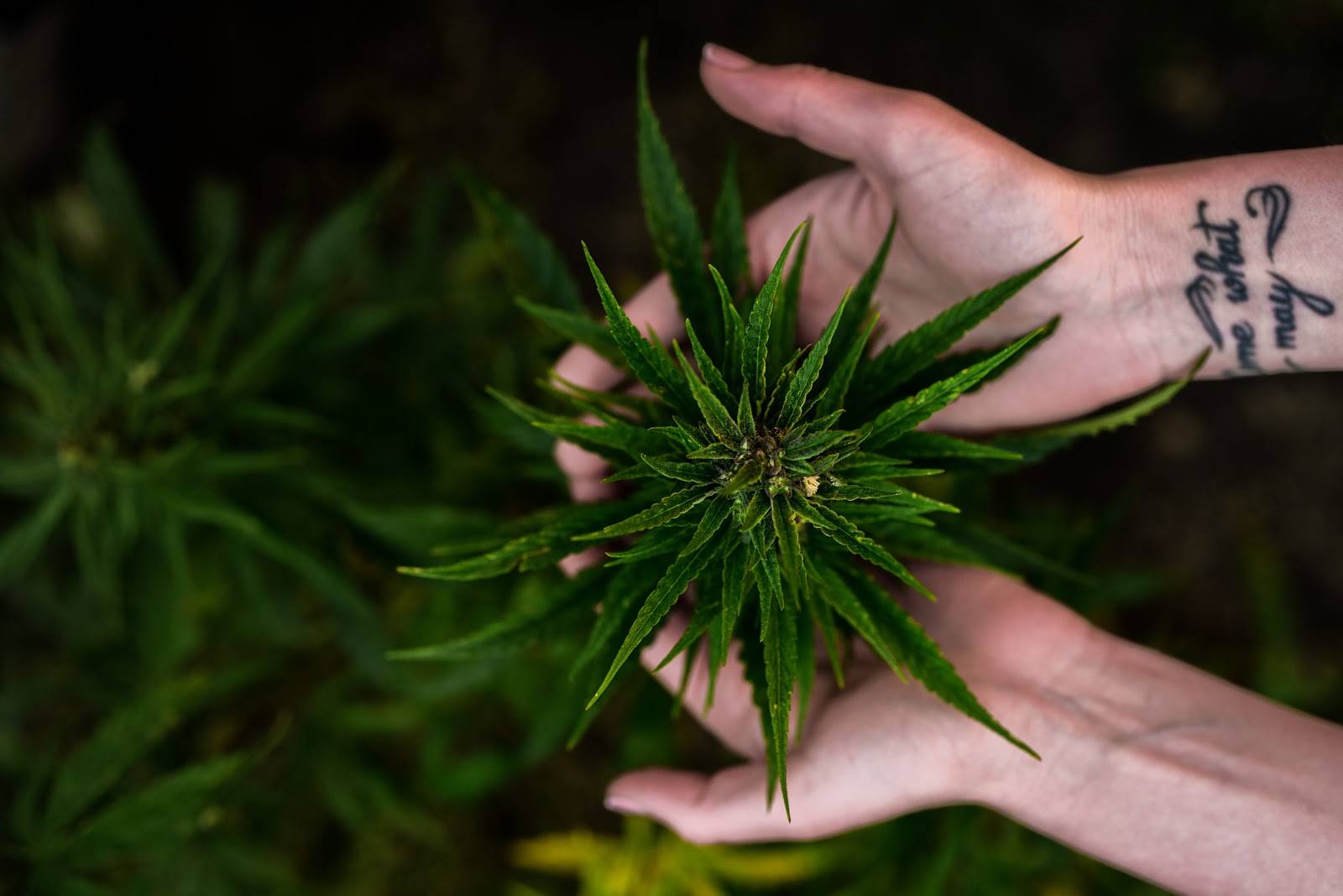 Hemp yields an astounding average of 5,000-6,000 pounds of fiber per acre, and flax tails far behind with an average yield of 1,200-1,400 pounds per acre. Even after the use of harmful chemicals, flax just doesn’t grow as efficiently or abundantly as hemp does.

In addition, flax and hemp grow at roughly the same rate. From its vegetative period to its full growth, flax is ready to cultivate after about 3 and a half months. Hemp takes between 3 and 4 months to grow to full maturity.

Farmers need less physical space to produce a lot of hemp, which is always beneficial to the environment. And flax doesn’t even grow more rapidly than hemp, meaning that with the same amount of time and space, much more hemp can be grown and cultivated than flax. Once again, the sustainability of linen vs hemp definitely falls in favor of hemp.

4. BOTH MAKE DURABLE FABRICS, BUT HEMP IS NATURALLY STRONGER. 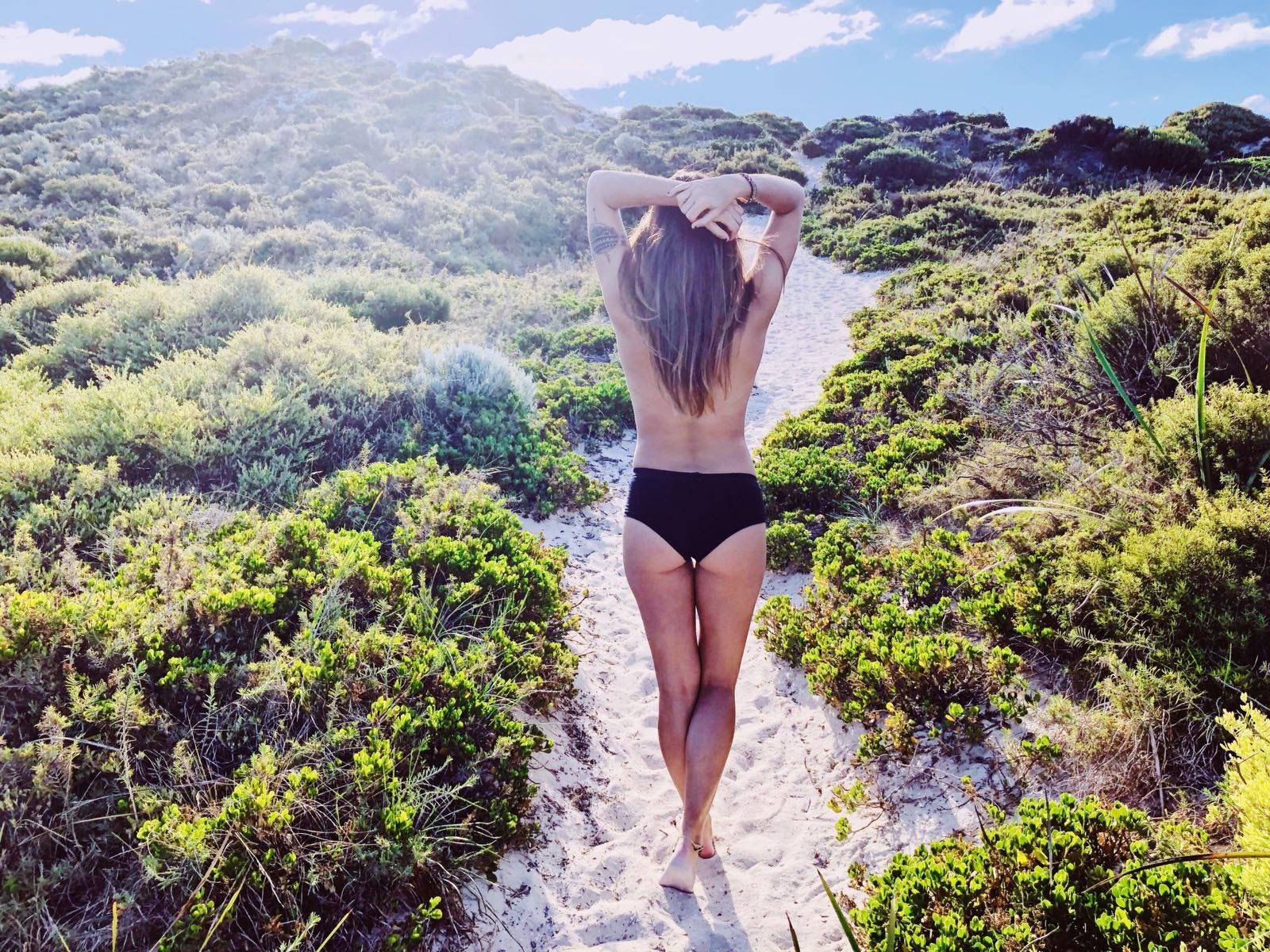 Hemp fibers are the longest in the world, reaching lengths of up to fifteen feet, whereas flax fibers can only grow up to about three feet long.

Of course, after these fibers are turned into fabrics, hemp continues to outshine linen in sustainability. Hemp fabric is naturally resistant to all sorts of pesky problems that can wear out clothing: mold, mildew, and even ultraviolet light. In comparison, linen is especially susceptible to mildew and mold, which threatens its durability overall.

Moreover, while hemp might wrinkle more than synthetic fabrics, it’s notably less wrinkly than linen. Linen is prone to wrinkling in the same spots again and again, which makes it much more likely that holes will develop over time. When it comes to linen vs hemp, hemp’s durability reigns supreme.

5. HEMP IS RANKED HIGHER THAN FLAX FOR BIODIVERSITY. 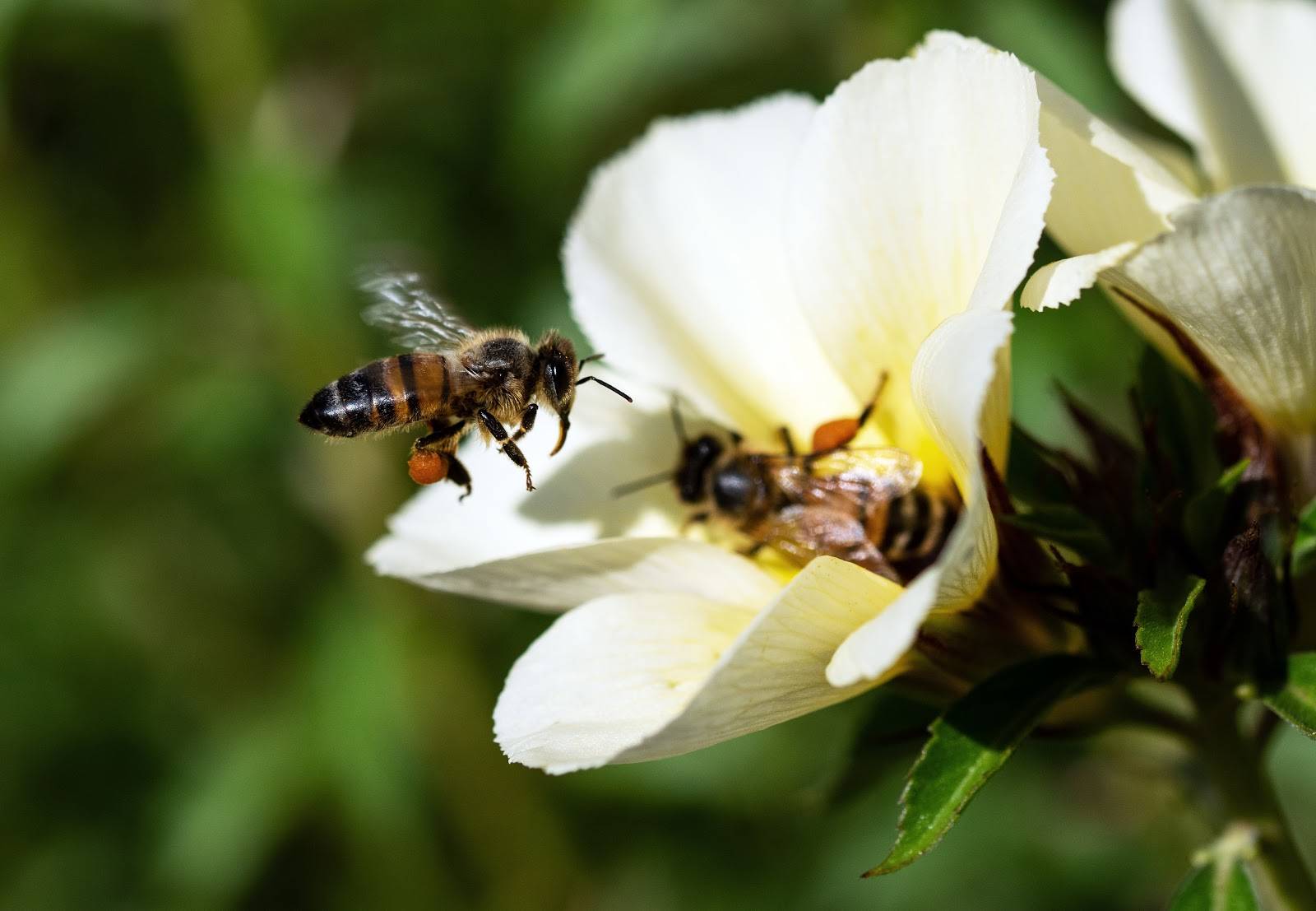 One comprehensive study evaluated 23 different crops for their contributions to biodiversity, and they found that hemp had a net positive effect on increasing biodiversity friendliness, while flax had a net negative effect. Fiber hemp was ranked by this study as the fifth-best crop for biodiversity behind alfalfa, timber trees, oilseed hemp, and ginseng. Flax ultimately came in ninth place.

Biodiversity is of the utmost importance in sustainability. It’s what allows the ecosystem to flourish with a variety of living species. Sustainability-wise, biodiversity is a major player in safeguarding food security, reducing poverty, and maintaining sustainable agriculture overall. Pretty big stuff!

Even better news: hemp has proven to be great for the bee problem the earth is facing. As it turns out, pollinating bees love hemp. Hemp is a valuable pollen source between July and September, a season that foraging bees struggle to find pollen from other popular sources. Altogether, hemp as a pollen source could help to sustain the earth’s bee population after long periods of decline in the US.

The environmental impact of hemp vs linen may seem evenly matched at first, but there’s a lot more at play than what first meets the eye. From soil health to durability, hemp emerges as the environmentally-friendly winner.

Make your contribution to a better, more sustainable world by investing in clothing that’s good for the earth. You can check out any of our naturally antibacterial hemp boxers for the guys, or for the ladies try my favorite style: the hemp bikini.

Did you think that hemp and linen were practically interchangeable before reading this? Tell us - were you surprised to hear about hemp’s contributions to sustaining the bee population? 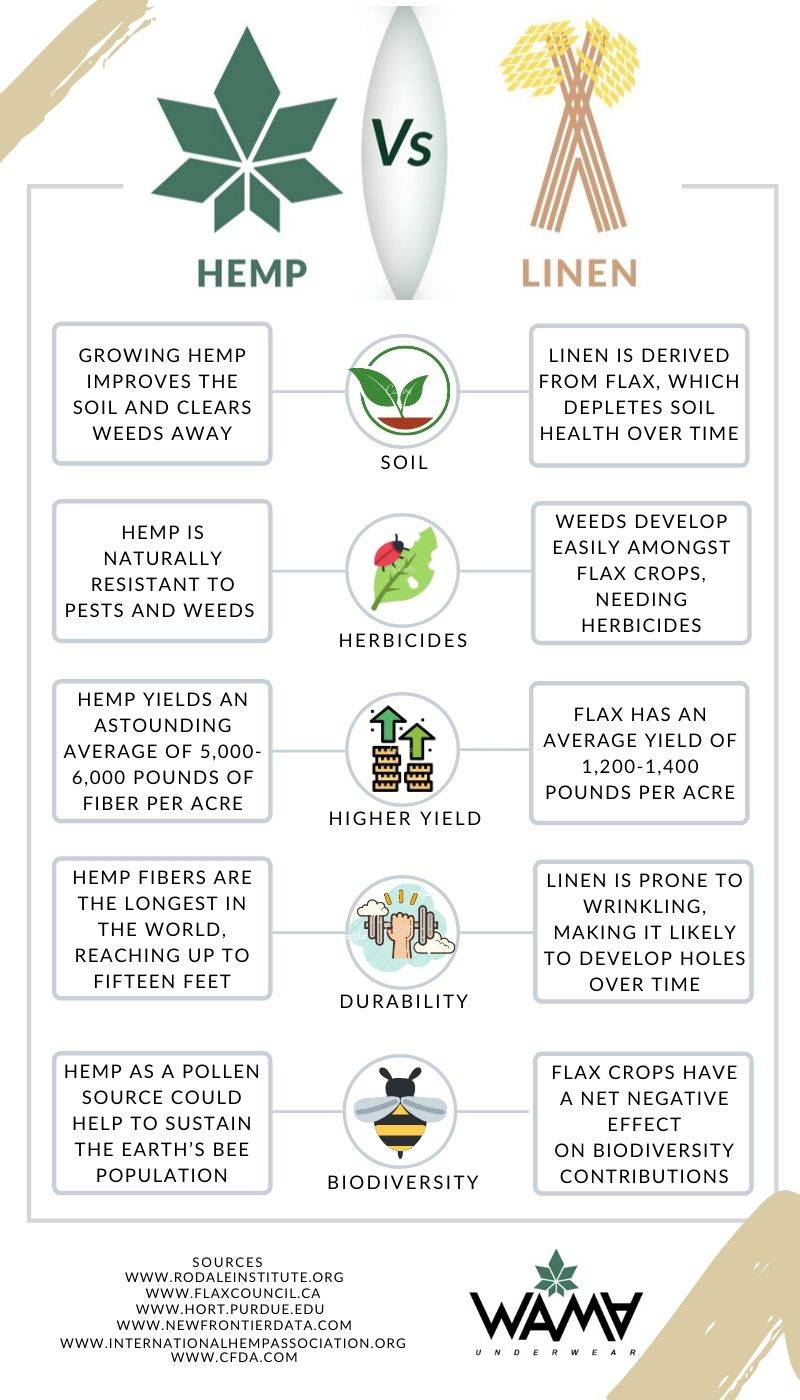