11 Reasons You Should Not Try Freeballing It’s easy to think that freeballing is fun and even good for you: your privates have more space and get more air, and you have one less item of clothing to think about. That’s why some men choose to forgo the comfort and safety of underwear. If you’re one of those men, you’ll want to keep reading, because there are a few major reasons you shouldn’t freeball.

Oh, and for women going commando, there are plenty of reasons why going underwear-free isn’t the best choice for your lady parts either. For both men and women, you’re better off donning underwear like all-natural boxer briefs or breathable thongs. Now, let’s get into the 11 most important reasons men should not try freeballing.

11 Reasons You Should Not Try Freeballing 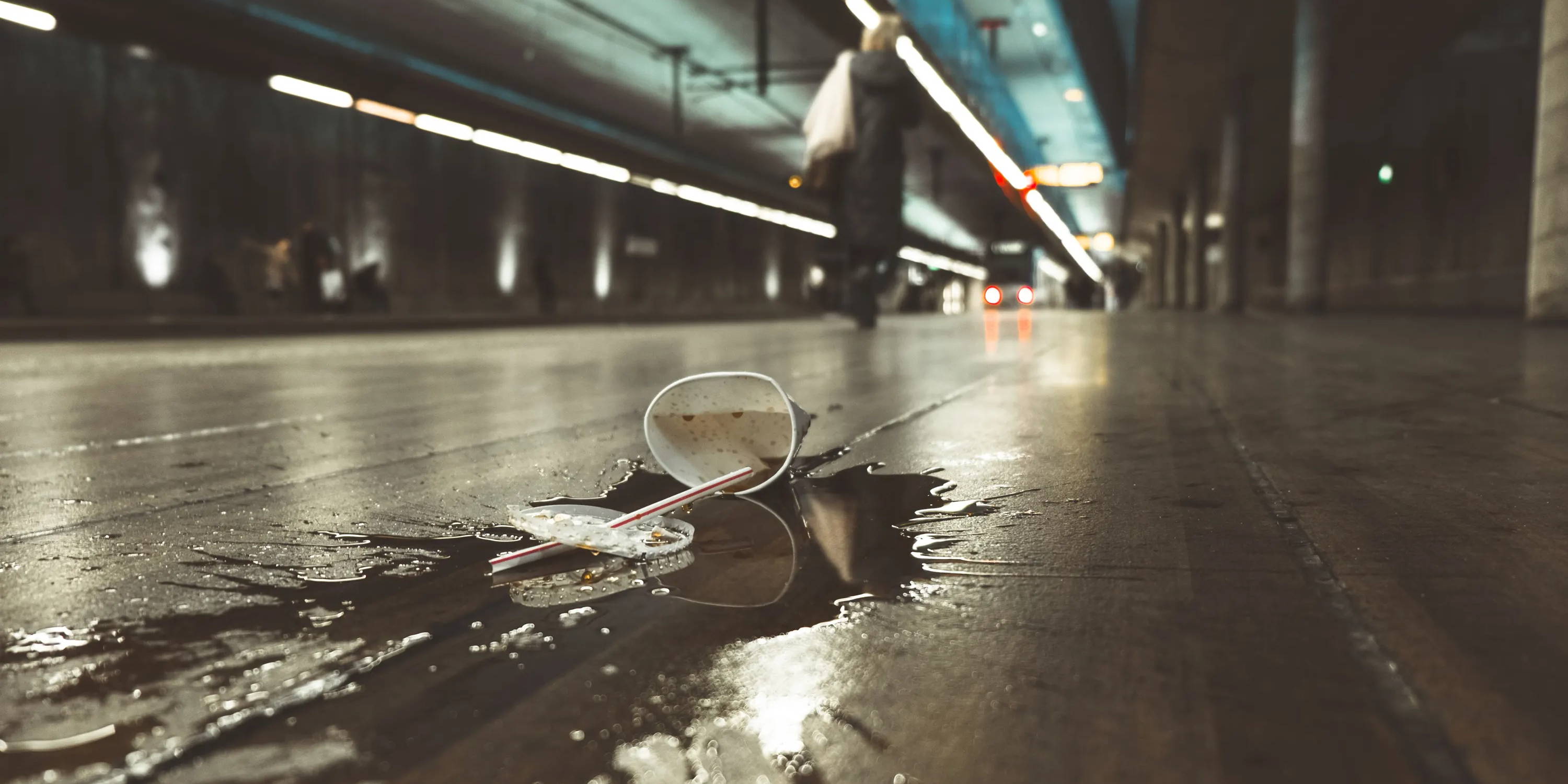 If there’s nothing coming between your package and your pants, you’re going to run the embarrassing risk of stains showing through. Whether from sweat or that last drip of pee you didn’t quite shake off before zipping back up, freeballing means you’re left without that additional layer of protection to keep moisture from showing up on the crotch of your pants.

Not only is it beyond embarrassing to have wet stains showing through the front of your pants, but that excess moisture hanging around your privates can cause a whole other host of problems, including the next item on this list. 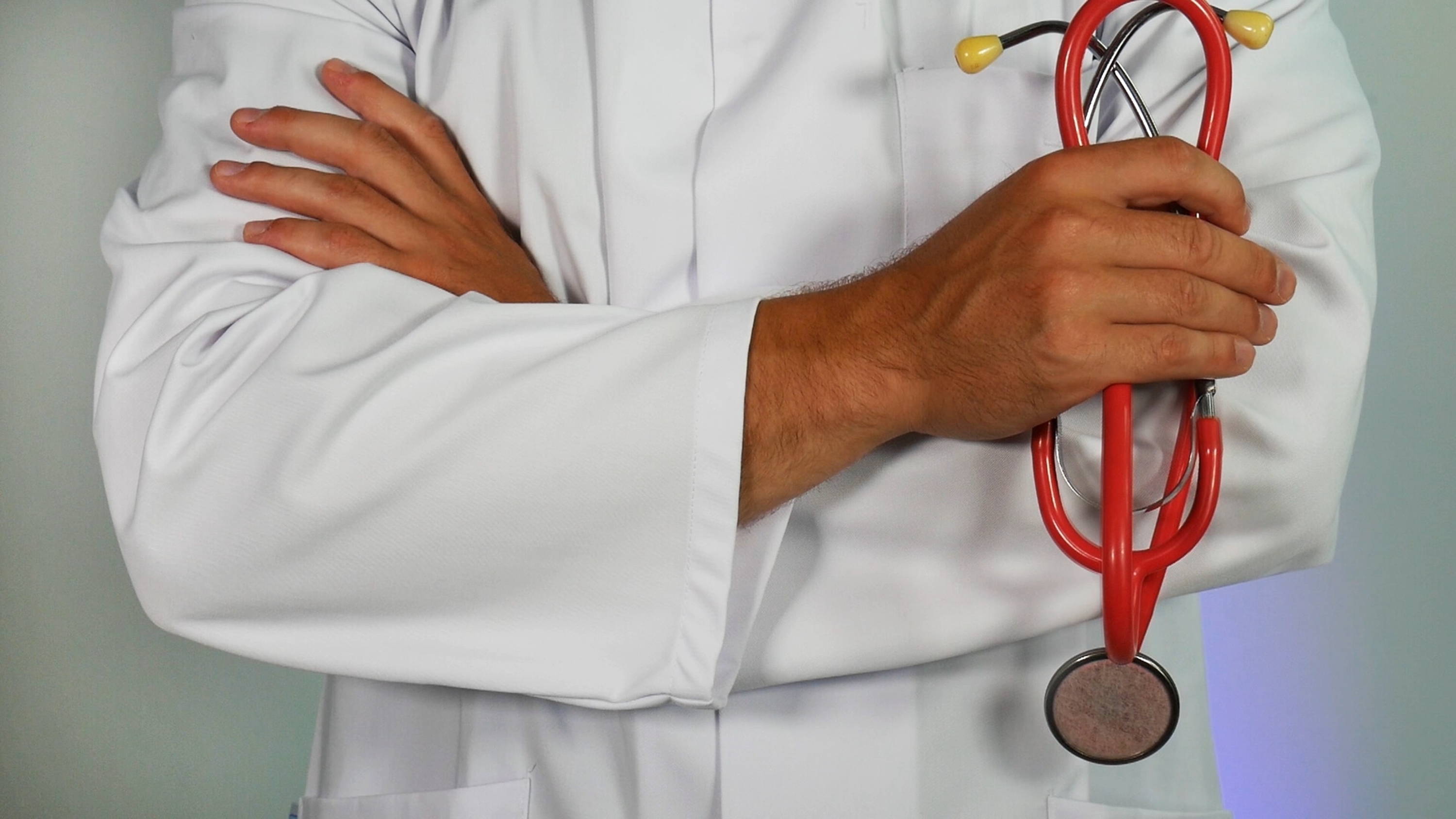 Just because you’re giving your junk more room to breathe doesn’t mean you’re safe from getting jock itch—the fungal infection can absolutely still occur when you choose to freeball. Many men wrongly assume that because jock itch happens when there’s too much warmth and moisture down there, freeballing will save them from the dreaded rash showing up.

However, this just isn’t true. While tight clothing (including underwear) is a risk factor because it keeps moisture trapped close to the body, jock itch is caused by a ringworm infection. Ringworm is spread easily through shared clothing, towels, and even gym equipment. So if you’re not wearing underwear, your pants are your only protection against materials contaminated with ringworm.

Not only will freeballing not help you prevent jock itch, it might actually make it easier to contract. If you’re worried about getting jock itch, follow these tips instead: 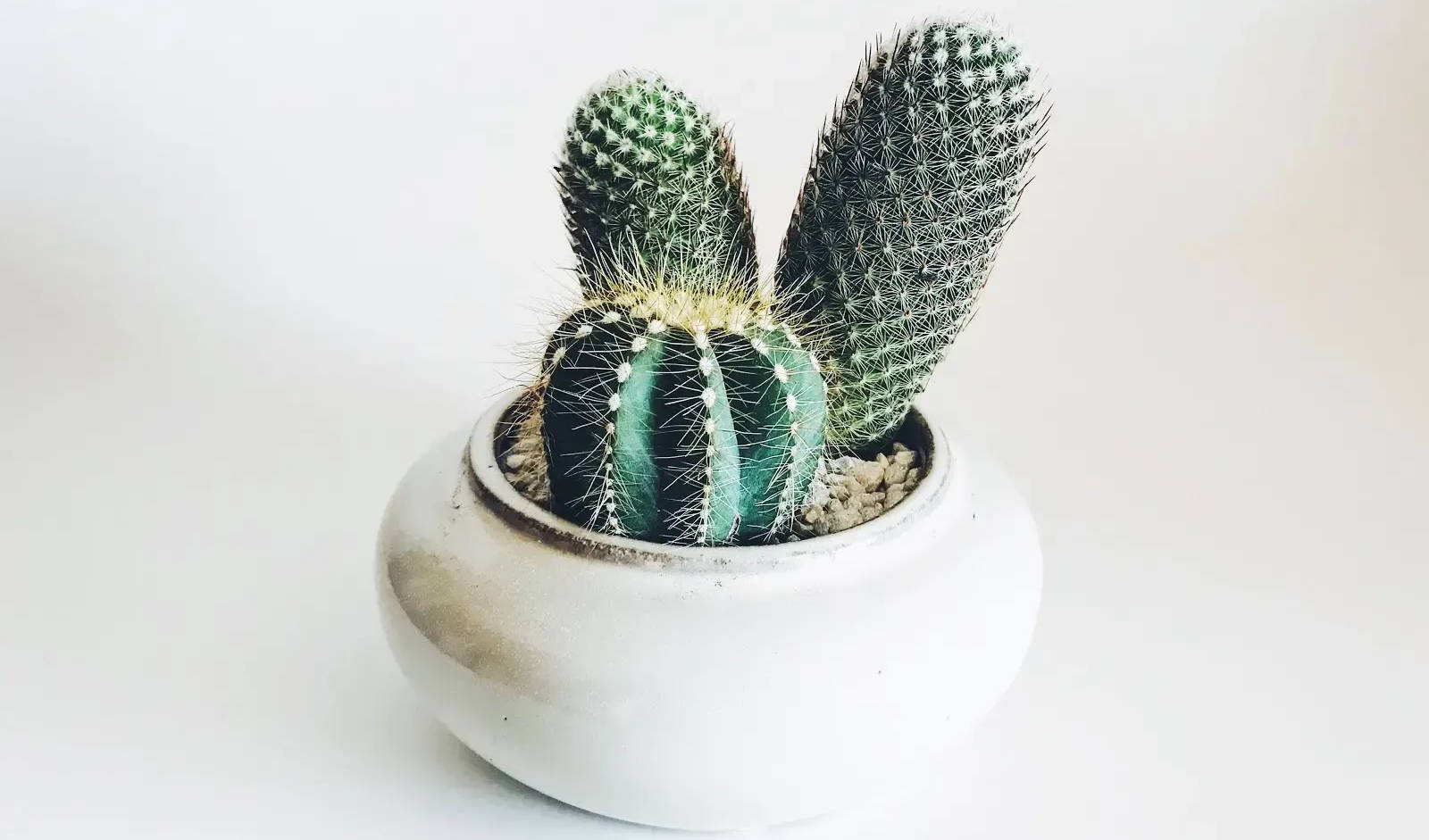 Chafing is caused by unnecessary friction, like your body rubbing against the inside of clothing. Without underwear to guard your privates against your pants, you’re more prone to discomfort and chafing down there.

It’s easy to believe that only coarse fabrics can cause chafing, but even sweatpants and gym shorts can be to blame. That’s because freeballing exposes your privates to more movement and lets them rub against the inside of your legs. While chafing isn’t dangerous, it’s definitely not comfortable.

Plus, if you’re freeballing, you don’t have any extra fabric to wick sweat away—which can worsen chafing and make it sting. The discomfort can be so extreme that you might have to bandage skin or take a few days to not move or walk much. Avoid the hassle and pain by throwing on a pair of moisture-wicking boxer briefs and you’ll be good to go. 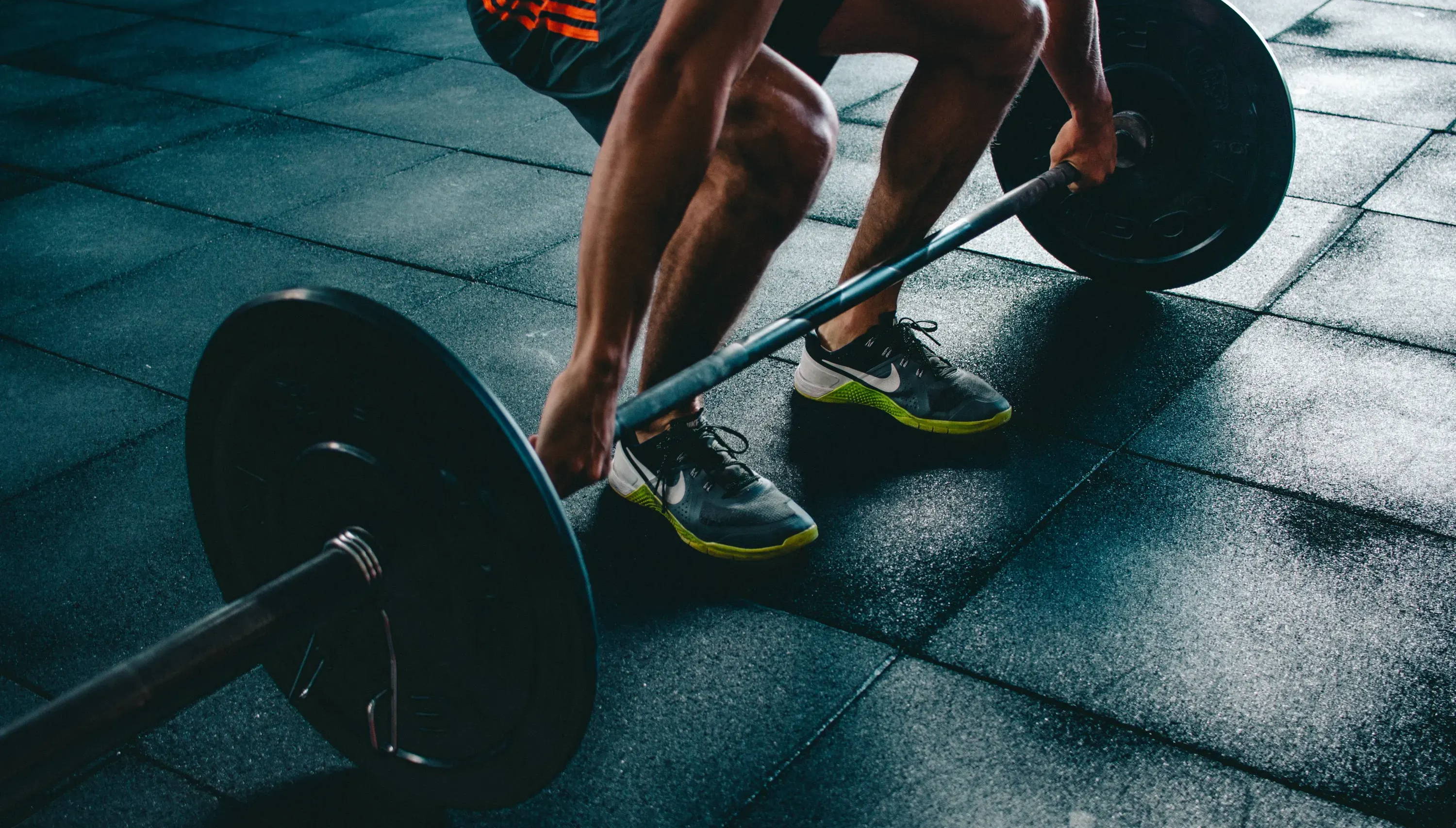 Without underwear keeping your package safe and snugly held to your body, you’re opening yourself up to a lot of movement that can cause discomfort or even some embarrassing gym scenarios. Let’s talk about a few common problems men face when they try to freeball while exercising:

Not exactly ideal, right? Skip all the distraction and possible discomfort by wearing underwear while you work out. If you’d really like to freeball while exercising, go for form-fitting gym clothes that offer both comfort and protection for your manhood. Just read on to the next point to know the possible downside of going that route. 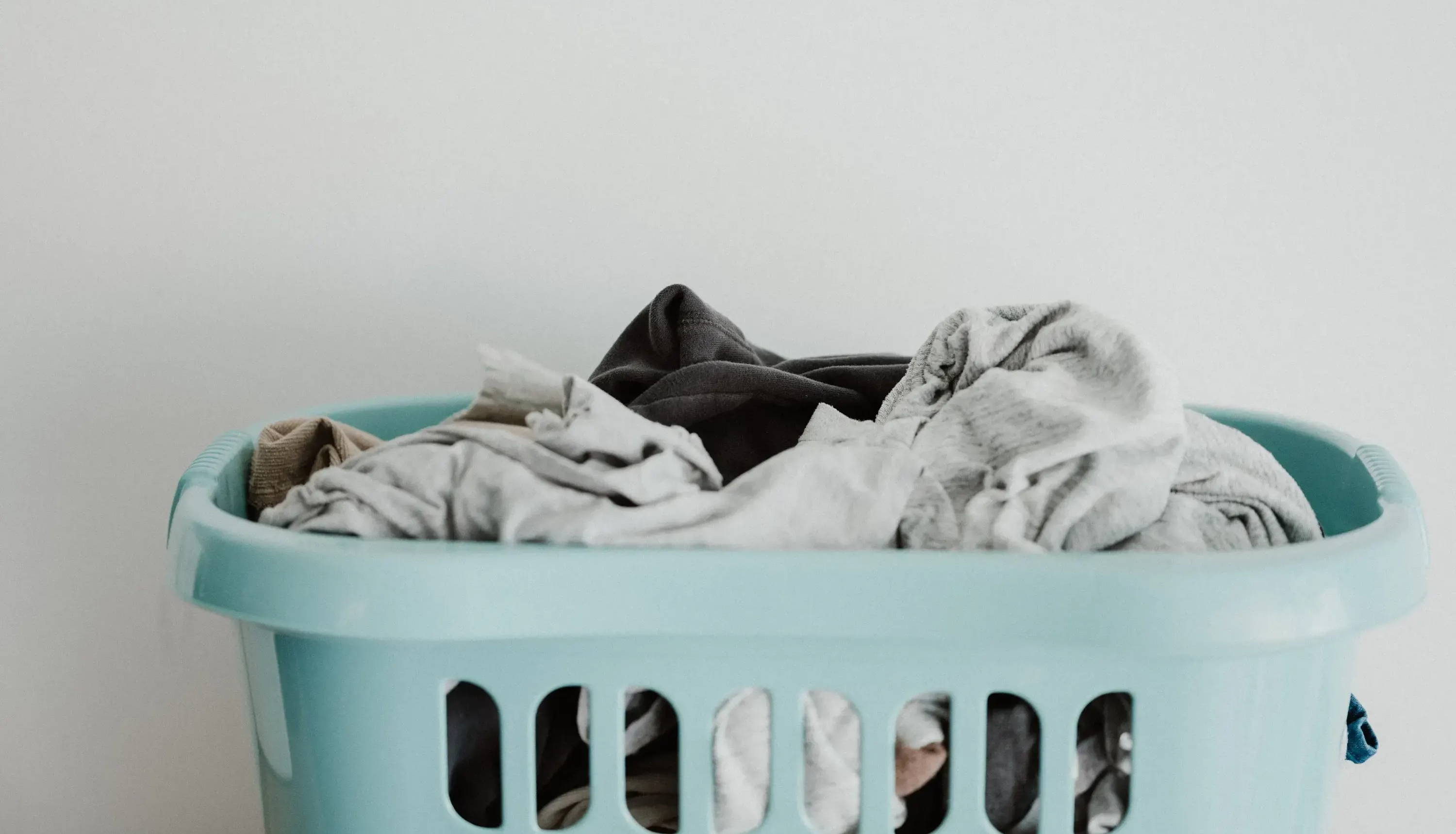 Because you won’t have that extra layer to protect your privates from touching the inside of your pants if you forgo underwear, you’ll have to wash your pants every time you wear them. It’s just not sanitary to rewear pants if you’re freeballing. You’re going to have to accept that it’s going to be less eco-friendly and wallet-friendly than if you just wore underwear.

For one, you’ll waste more water to clean your pants more often. And sure, if you don’t freeball you’ll be washing your underwear more often than if you went sans underwear. But most men own far more underwear than they do pants, so you can still space your laundry days out more if you wear undies instead of freeballing.

On top of that, your pants won’t last nearly as long if you’re washing them after every use. Be honest, how often do you wash your jeans right now? Probably not very often, but that’s more than okay if you wear underwear. By throwing on underwear instead of freeballing, you can keep your jeans from wearing out faster, which is both more sustainable and affordable in the long run. 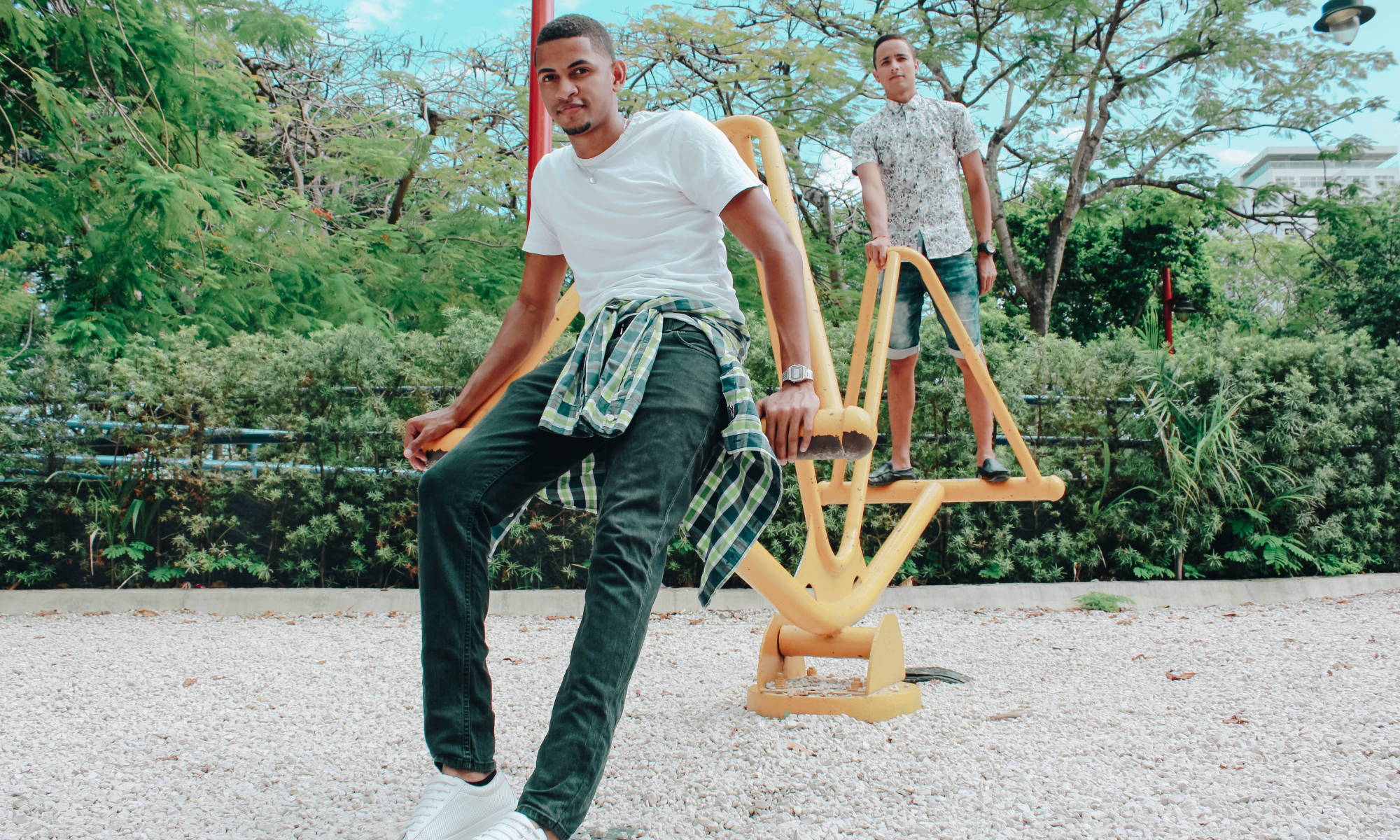 Men who try to freeball in skinny jeans are not only prone to chafing, but also the supreme discomfort of fabric cutting into their most sensitive parts. Without a layer between your skinny jeans and your privates, you’re in for a world of hurt.

While freeballing is more comfortably suited to looser and softer fabrics, you’ll definitely have to say goodbye to wearing form-fitting pants, especially jeans or other stiff fabrics. Just think for a second about trying to sit down or walk around in your tightest pants without wearing underwear. Did a shiver just run down your spine?

Don’t forgo style for function! If you love to wear skinny jeans, don’t freeball and avoid painful mishaps by guarding your privates from tight pants.

7. YOU WILL NEED TO AVOID ROUGH FABRICS 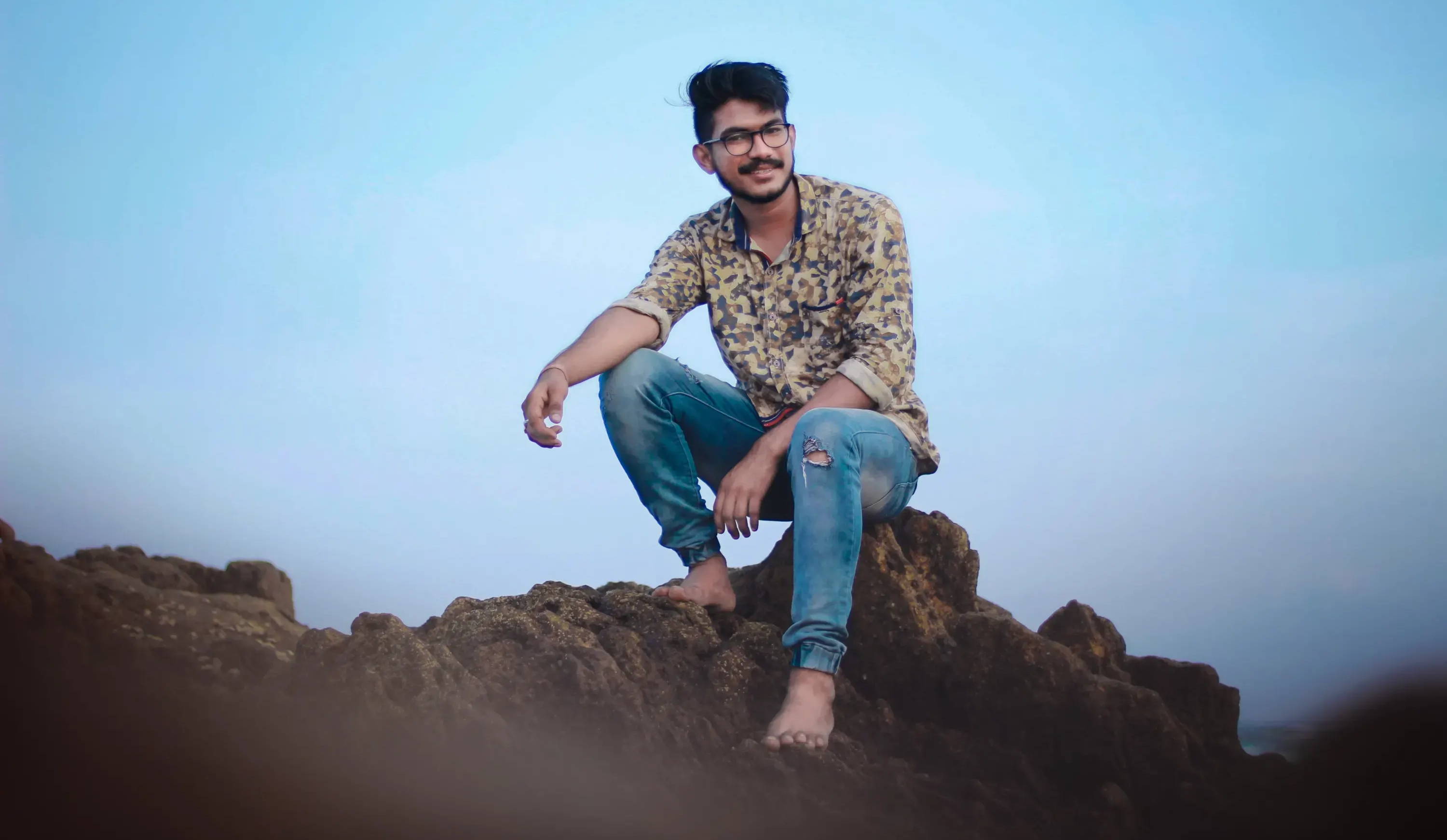 While tight pants run a particularly high risk of pain and discomfort, in reality you’ll have to avoid most standard pants like jeans, slacks, khakis, and more. That’s because most men’s pants are made of rough material or at least have rather rigid interior seams.

Take a look inside your favorite pair of jeans or work pants. See that seam running right up into the crotch? Does that look like anything you’d want rubbing against your most sensitive parts all day? I didn’t think so.

While at first it seems like freeballing allows for more movement and comfort throughout the day, this extra movement is anything but comfortable when it’s against rough fabrics or seams.

8. FREE BALLING MEANS EVERYONE CAN SEE YOUR BUSINESS 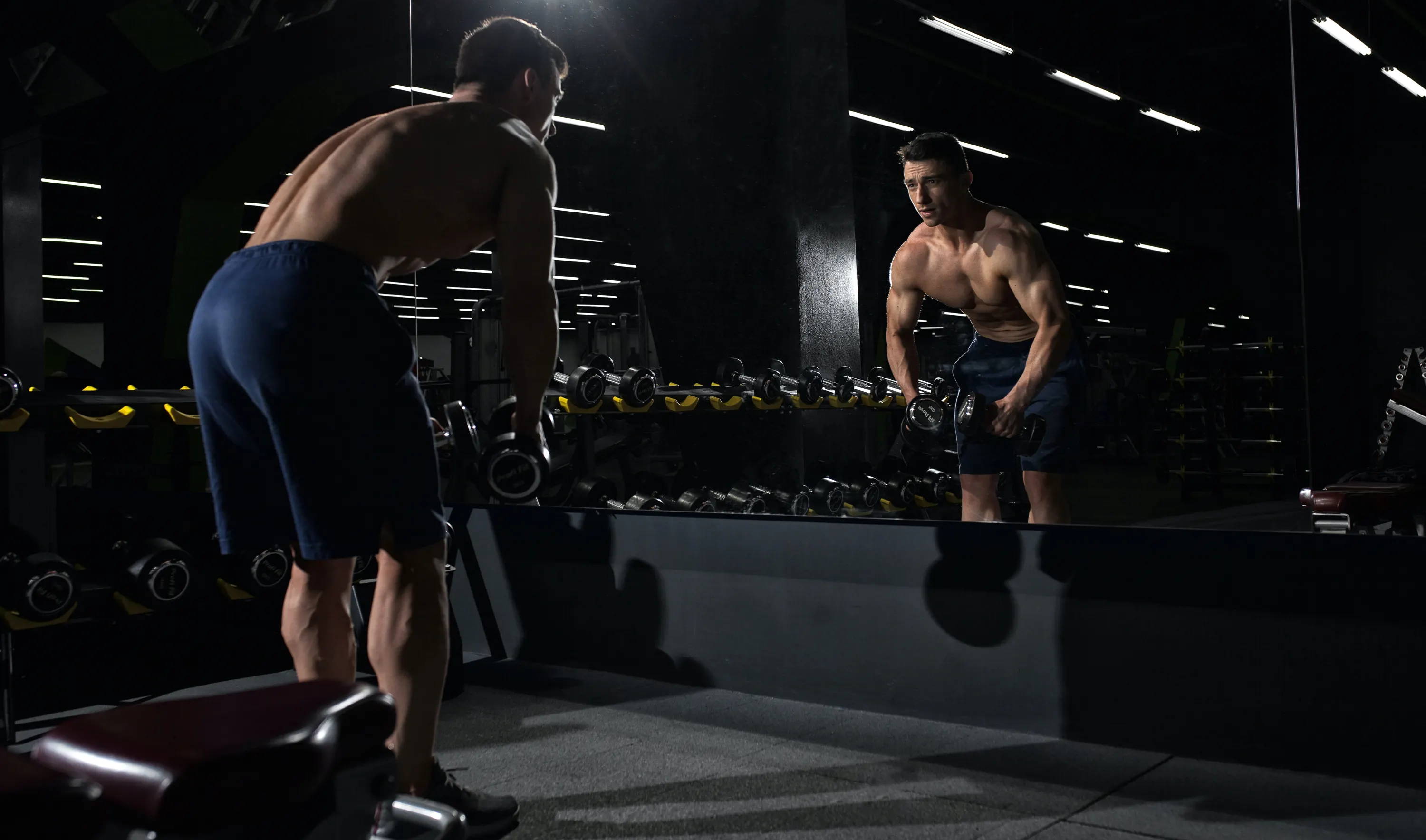 While gym shorts and sweatpants are totally soft and comfy against your privates, they also leave you quite exposed against the outside world. It’s just a fact that the softest fabrics to wear while freeballing are also pretty thin and revealing.

If you decide to freeball in gym shorts, sweatpants, or other loose fabrics, chances are you won’t be leaving much to the imagination. While this is perfectly fine while just chilling at home, it’ll be pretty much impossible to go anywhere in public, especially if you’re working with a larger package down there.

And remember, not wearing underwear increases your sensitivity. Not only will onlookers be more able to see what’s going on down there, there’s a greater chance your body will get aroused from the extra sensitivity and movement. Not exactly ideal if you want your freeballing to be on the down low.

9. FREEBALLERS RISK GETTING CAUGHT IN THEIR ZIPPER 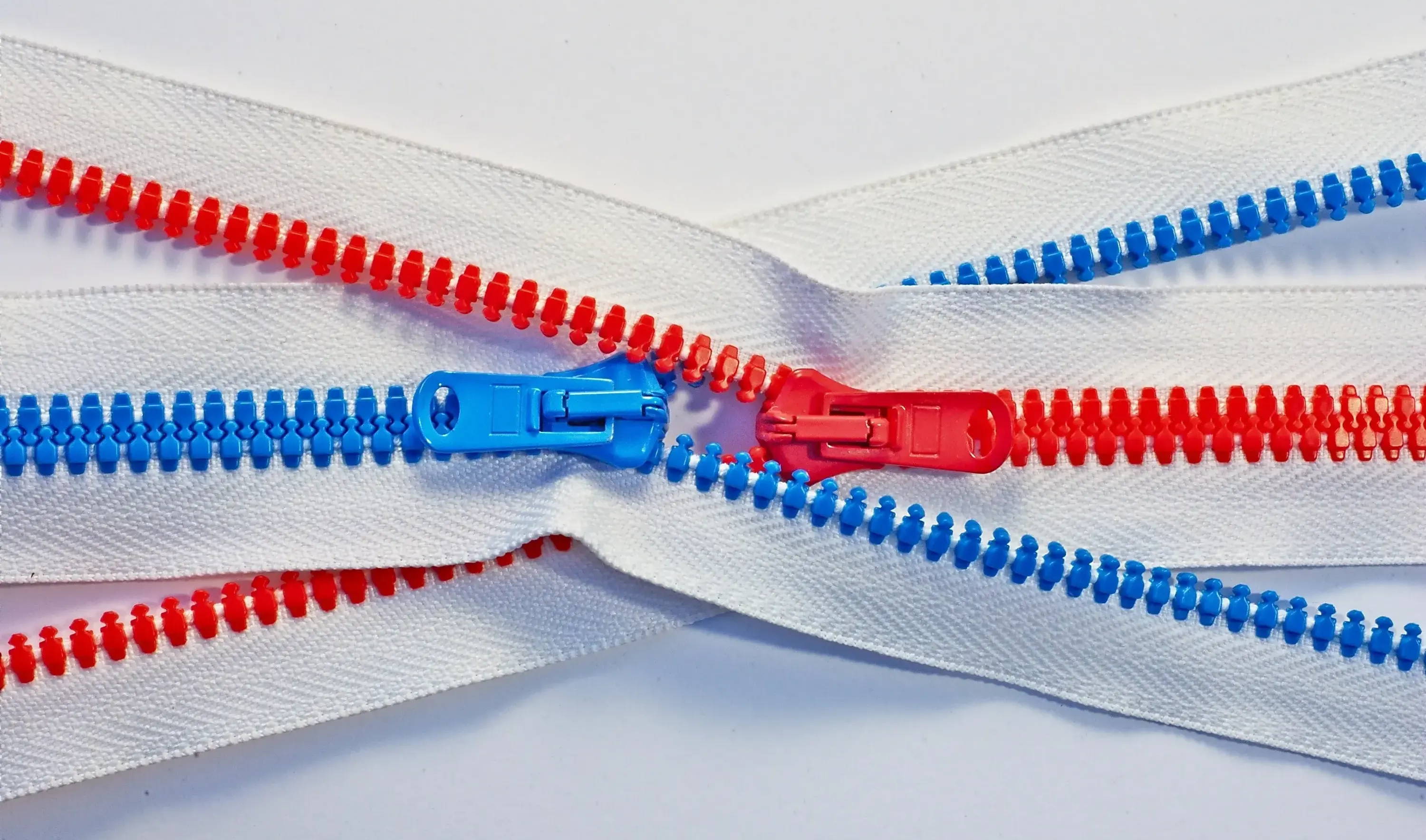 Is there anything you want to keep farther from your privates than metal teeth? Then freeballing probably isn’t the best choice. Outside of athletic wear, most men’s pants come with a zippered fly to make peeing a breeze. However, it’s not going to be pretty if you accidentally get caught in your zipper either after a trip to the bathroom or just from close contact throughout the day.

That’s right, even if you’re super careful when tucking back into your pants after urinating, your privates can still brush against or get nicked by a sharp zipper just while you’re going about your day. Is freeballing worth that sort of risk? My vote would have to be no.

10. YOU CAN'T TRY ON CLOTHES WHILE SHOPPING 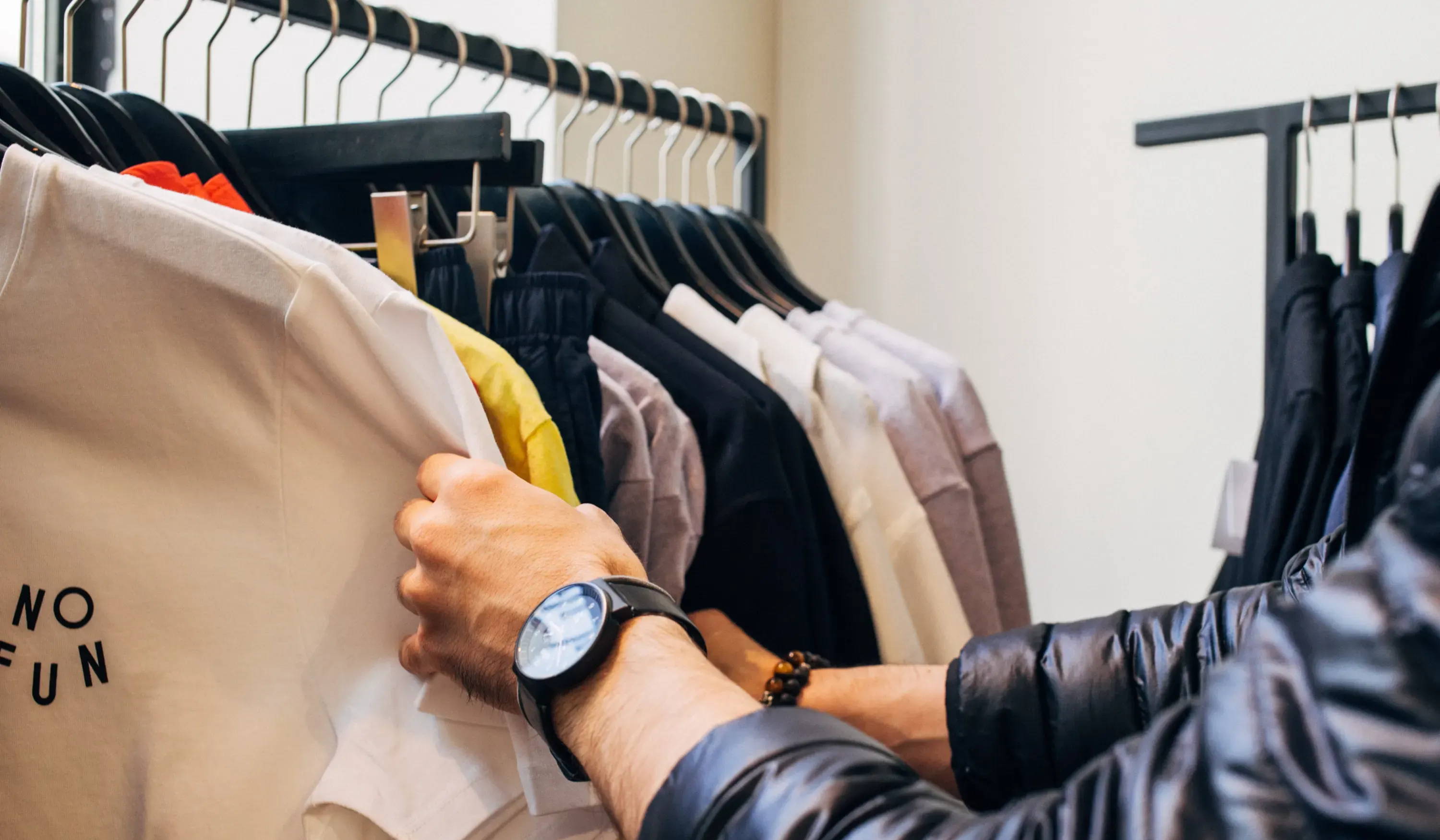 Without underwear, it’s just not sanitary for you or others if you decide to go clothes shopping. You never know who’s tried on a pair of pants or a bathing suit before you, which is why clothing retailers require customers to wear underwear when trying on clothes.

Even if you’re the first guy to try something on, don’t make the selfish move of exposing anyone else to your privates by freeballing in the changing room. Save yourself the time and trouble by wearing underwear when you go clothes shopping. You might be thinking: sure, I’ll throw on underwear when I know I need to be wearing some. But can’t I freeball otherwise? If I were you, I wouldn’t be so sure. Let’s move to the last, and really, most important point.

11. YOU WON'T BE ABLE TO PROTECT YOUR PRIVATES NATURALLY, WITH HEMP UNDERWEAR 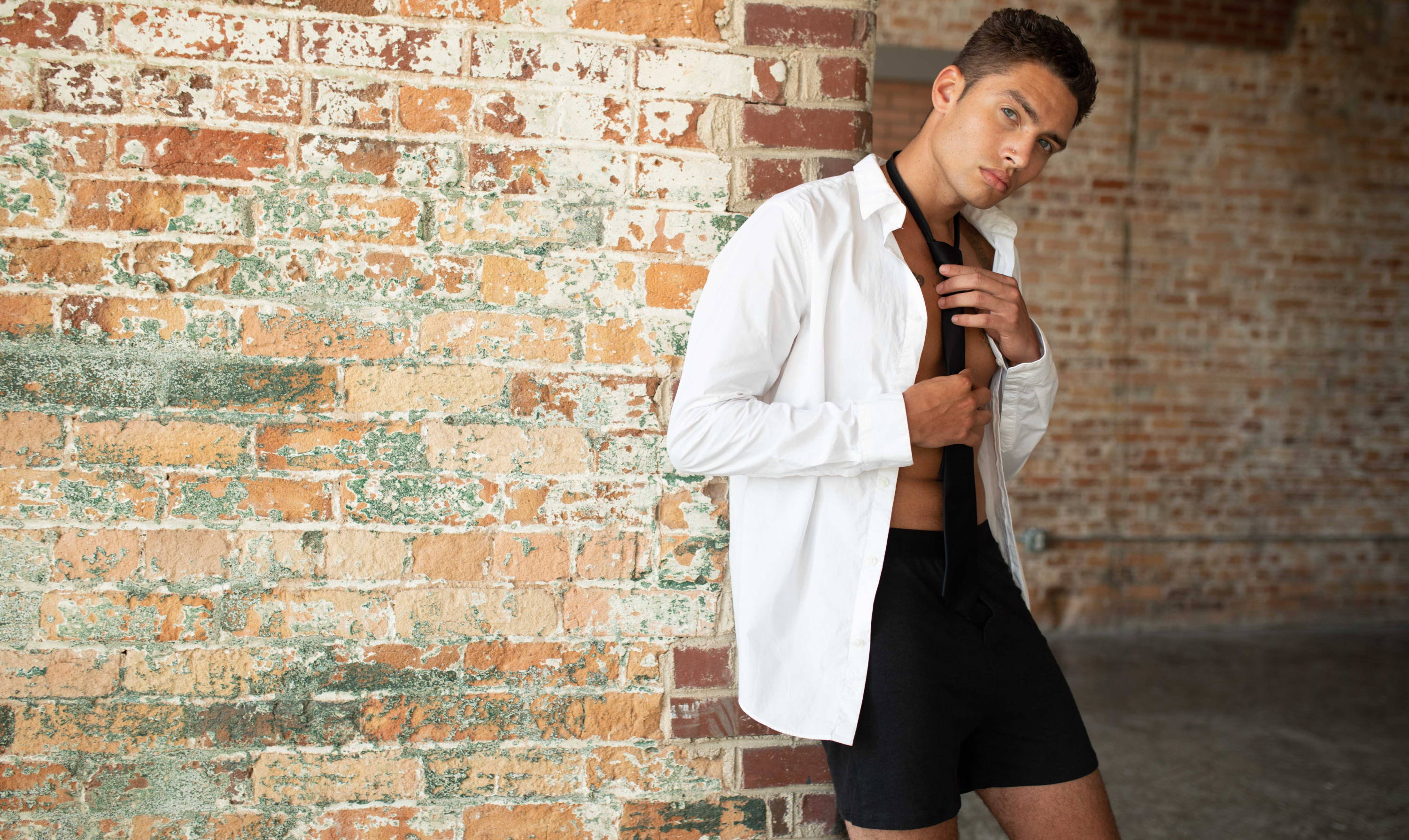 If you’re not wearing underwear, you run the risk of not being protected from whatever the day throws at you. Skip the guesswork or potential emergencies by protecting your privates naturally. If you’re looking to freeball, there are still ways to wear underwear that leave you feeling comfortable and safe without the annoyance of an extra tight layer.

Go for a relaxed underwear fit like our men’s boxers. They’ll provide the perfect balance between comfort and protection, so you’re ready for anything. It’s a win-win!

Overall, if you’re thinking about going commando men, just don’t do it!

Still looking for ways to feel footloose and fancy free? Try any of our men’s underwear styles to give you the best in breathable underwear, or even if you want to feel how great the benefits of antibacterial underwear can be. These styles provide the best of both worlds, and you’ll avoid any chafing or discomfort while still feeling easy-breezy down there.

Have you tried freeballing before? What reason against freeballing surprised you the most? Let me know in the comments below!