Why Is There A Hole In Boxers? 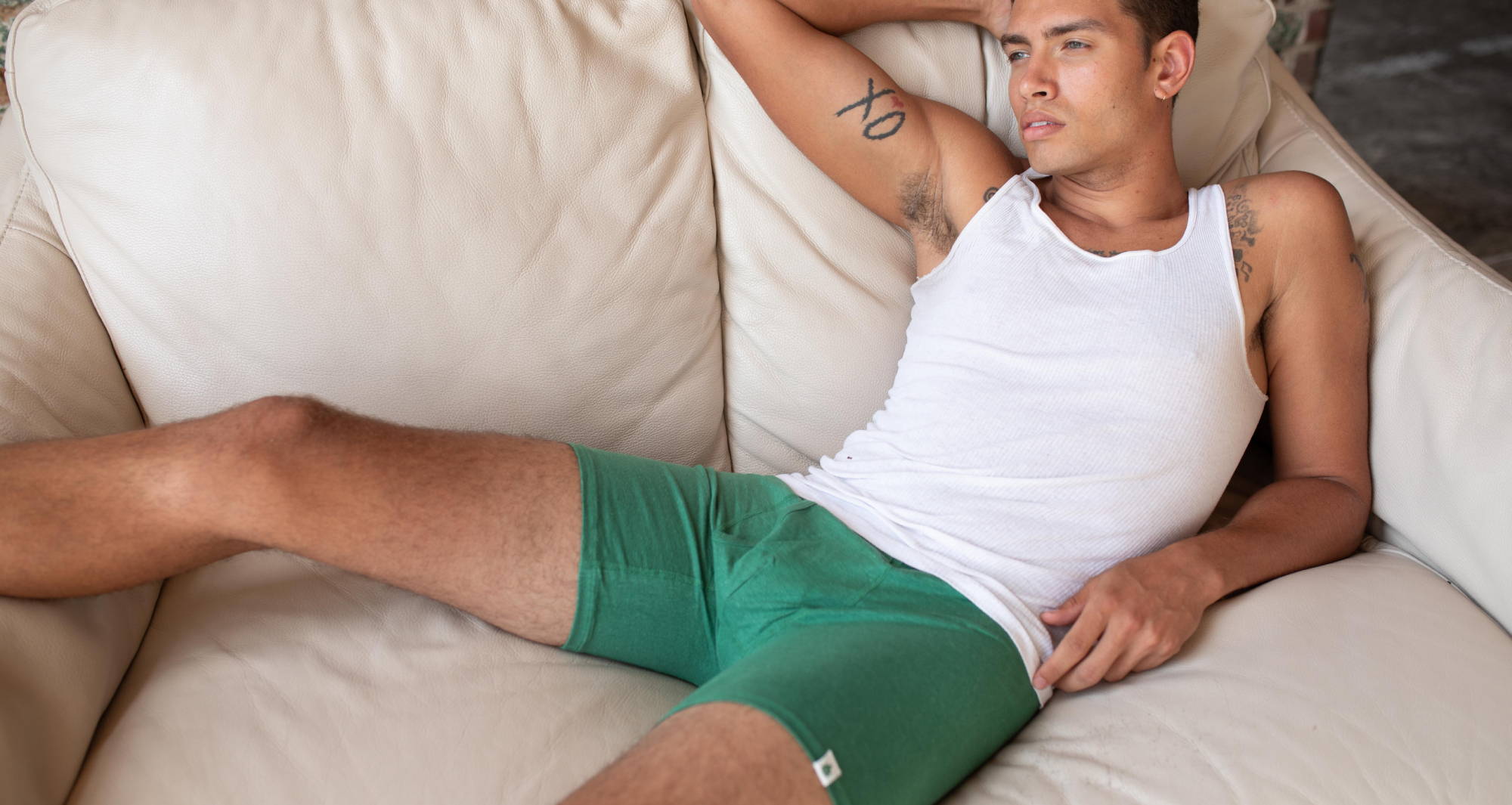 Have you ever wondered why is there a hole in boxers? If we saw a similar hole in women’s underwear, we’d think it was pretty strange, right?! Or extremely provocative! Or perhaps even a manufacturing defect?? And yet manufacturers intentionally place a hole in men’s underwear of nearly every style, not just mens boxers, but also mens boxer briefs too.

Turns out that while the hole in men’s underwear has a likely origin dating back to the Renaissance, it also has some other useful functions and even a proper name! And no, “boxers with hole in front” isn’t it!

WHAT IS THE HOLE IN BOXERS CALLED?

The hole in men’s underwear may be referred to as a pee hole, a penis hole, an air hole, or a Y hole, but it has an actual name: it’s called a fly. Yep, it’s the same term used to describe a zippered or buttoned-up opening at the front of men’s or women’s pants. While, according to tailors, the fly is technically the extra fabric covering the opening, we non-tailors tend to use the term “fly” to describe the opening itself. Especially when it’s open! As in, umm, your fly is down…

Interestingly, the fly in men’s pants and the hole in men's underwear have always opened to the right. Most likely because most men (and people) are right-handed. Women’s pants, however, can be designed to open in either direction. (Lucky us.)

WHERE DID THE HOLE IN MEN’S UNDERWEAR COME FROM? 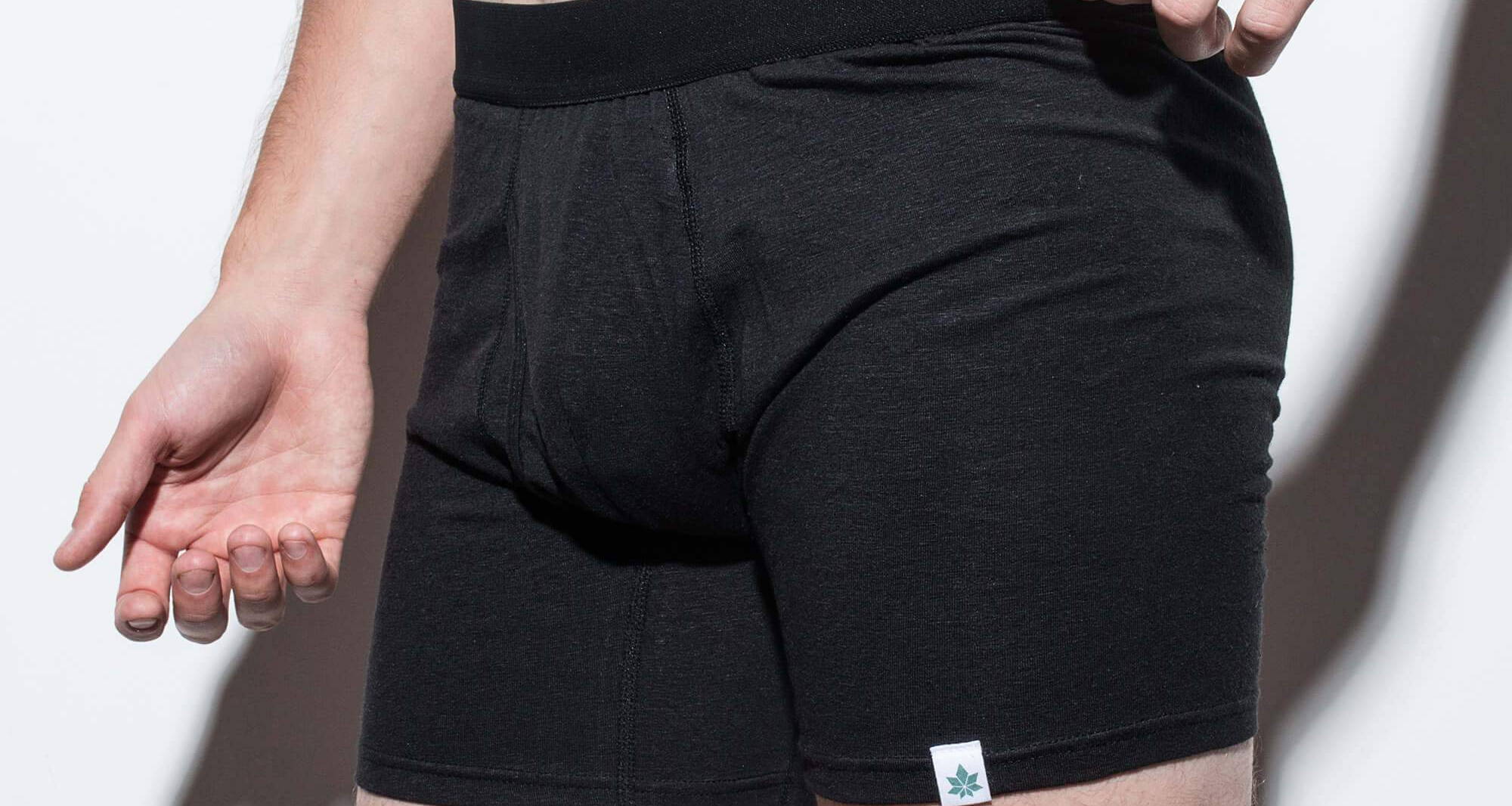 The most straightforward answer to where the hole in men's underwear came from is this: It started out as a necessity! That’s because when nature calls… there’s not always much time! As soon as men started wearing clothing on the lower half of their body that was time-consuming to take off, there had to be a faster option, and a front opening was the solution.

Sometime around the Middle Ages, loincloths, which provided super easy access, were replaced by loose-fitting pants called braies. Made out of linen, braies covered the body from waist to mid-calf. Laces at the waist and around the legs held it in place, which meant there wasn’t fast or easy access when nature called (as it always has!).

The solution was a codpiece, which thankfully never contained any codfish (I checked). Cod was a slang term for scrotum in the 15th century and the codpiece was a piece of fabric attached to the braies, or to a tunic and leggings to cover a man’s private assets and allow easy access to them. (Even back then, freeballing was discouraged.)

Codpieces evolved to become quite padded and ornate before falling out of style at the end of the 16th century. Yet the functionality they provided – quick access – remained. In the 19th century, this was replicated in the buttoned opening of men’s one-piece union suit underwear. Then in 1935, American underwear manufacturer, Cooper, replaced the button style with a Y-shaped overlapping fly inspired by French men’s swimwear. After that, it wasn’t too long before boxers included an opening in front also.

BENEFITS OF DIFFERENT TYPES OF FLIES 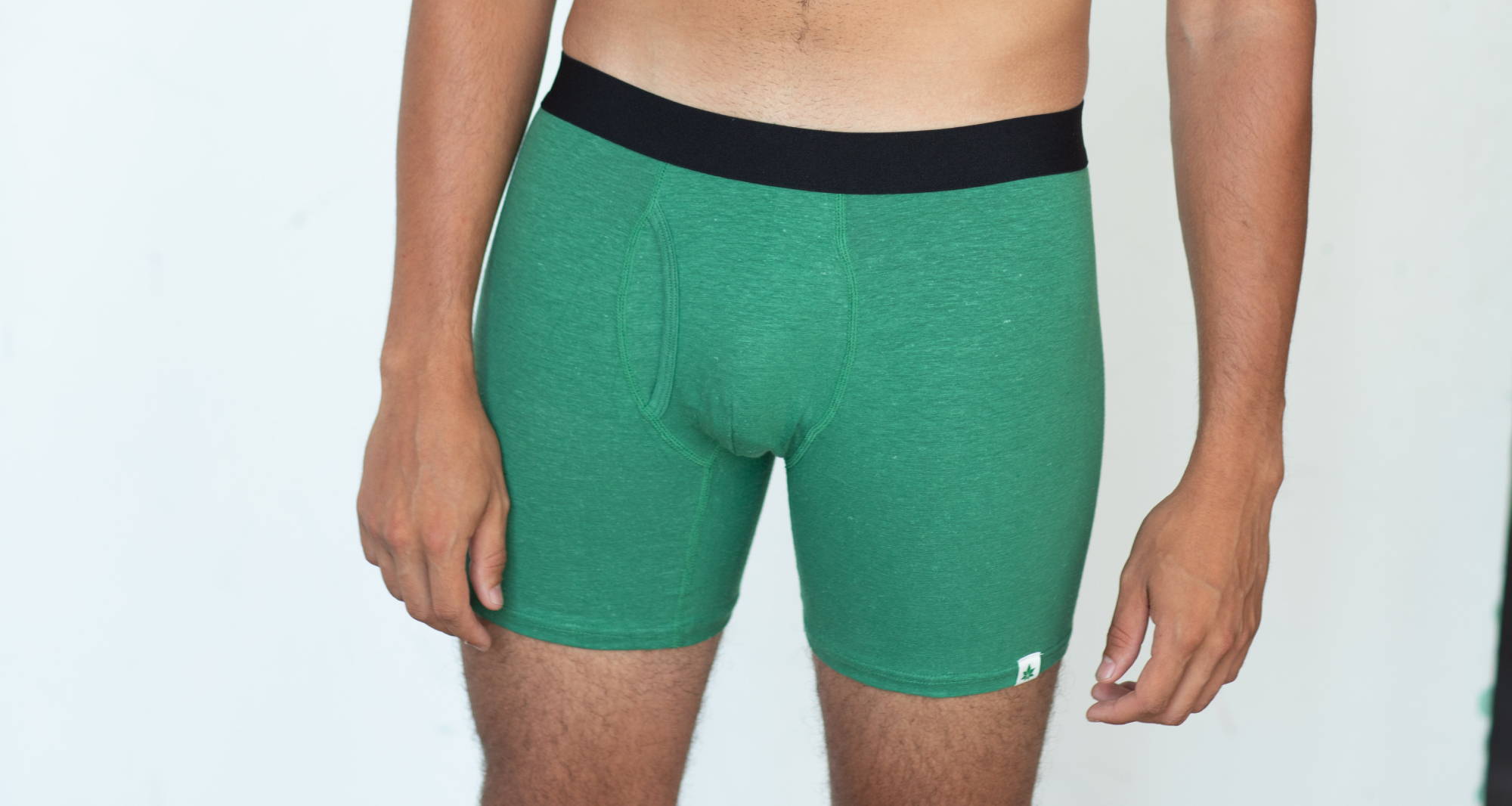 While it’s clear that the original intent of a hole in men's underwear was access, this underwear feature has evolved into some different styles of flies. And they each offer slightly different benefits. When considering why is there a hole in boxers, you can also consider what kind of hole you want to choose, based on the benefits below.

A fly secured with a snap is a (literal) snap to open and a snap to close. Plus, with this style, you can be sure you won’t accidentally reveal more than you intend to! If you like comfortable clothes that aren’t too fussy but offer some security, the snap front is for you. And if you never intend to open it, you can still feel confident the snap has you covered.

A button-down shirt is often the choice for more formal occasions, so maybe a button fly is a bit more proper too? A little more “buttoned-up”? ;) Perhaps, but like a snap fly, this style is likely to remain closed when you want it to – as long as you remember to button it back up! A button fly is a great choice for those who are detail-oriented and like to dress for success.

Feeling a little freer? Willing to take your chances? Or do you just enjoy a breezier feel? An open fly style consists of just two layers of fabric with no closure. Simply part the two layers, and in (or out) you go. An open fly is great for the guy on the go, who also appreciates how the double layer of fabric provides some extra coverage – and the ability to adjust easily.

The latest innovation in fly styles is the horizontal fly. This style doesn’t have a double layer of fabric, so it doesn’t provide extra absorbency (see below), but it’s less likely to gape open than the open fly style listed above. It may also be easier for lefties to access since its positioning across the lower abdomen provides equal access for either hand. A horizontal fly is a good choice for those who like a simple, streamlined look.

OTHER BENEFITS AND USES OF UNDERWEAR FLIES 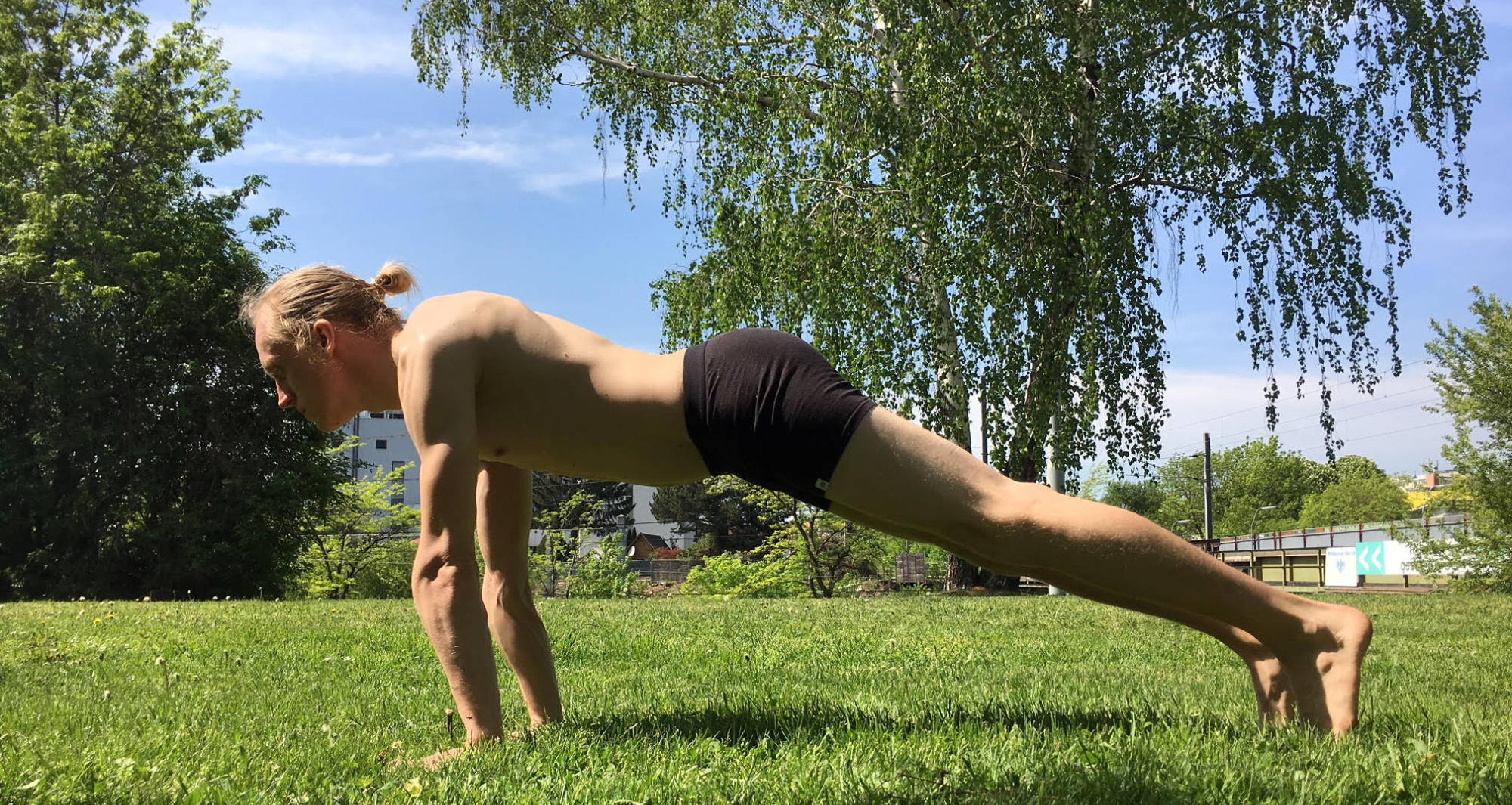 These days, most men don’t use the fly when they go to the loo. Some sit instead of standing and most who do stand opt to just drop their drawers. There are a couple of reasons this has become so common. First, men’s waistbands are lower than they used to be, so pants don’t have to be lowered much to get clearance. Second, since men’s fashion has become more casual in recent decades, there are more elastic waists and fewer belts and tucked-in shirts. This combo just makes it easier to not use the fly for its original purposes!

Together, these two changes in men’s fashion make it easier than ever just to pull everything down and do your business. And everyone likes easy. But even if men don’t use the fly on their underwear for its original purpose, this doesn’t mean that there aren’t some other less obvious benefits to mens underwear having a workable fly. These reasons may answer the question, “Why is there a hole in boxers still?”

Let’s start with the most obvious! A double layer of fabric upfront is beneficial. Leakage happens… Whether you didn’t shake it off quite enough or got a tad excited. Either way, a double-layered fly can mean that nobody needs to know. Plus, it can keep you feeling drier and more comfortable, and perhaps a bit more modesty and mystery. 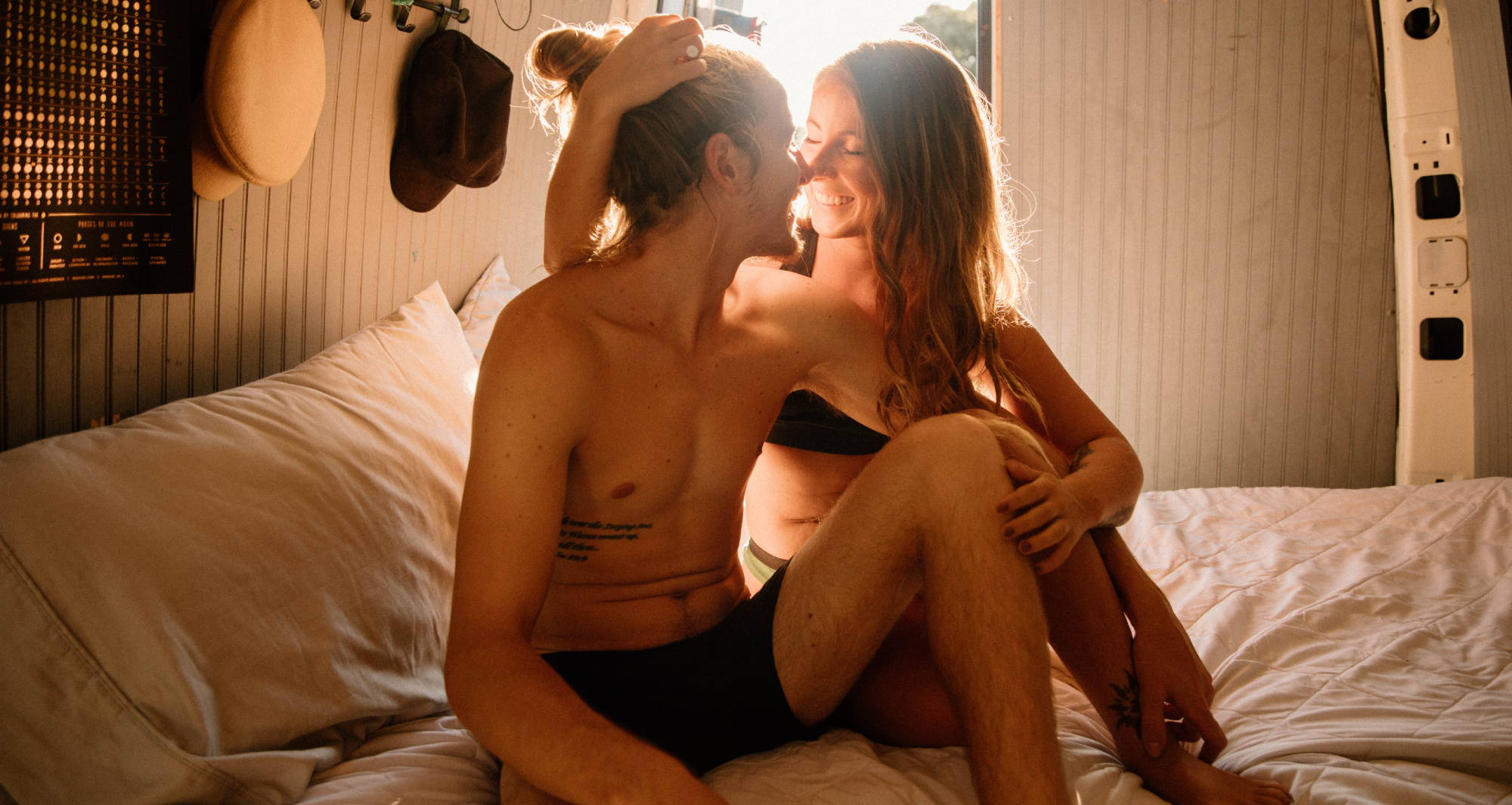 Overheating down there can lead to fertility loss. The ideal temperature for sperm to retain their motility and viability is 68 degrees Fahrenheit (20 Celsius). During the summer months and in warm climates, it’s very easy to surpass this temp. This is why it’s a good idea to choose breathable underwear in a fabric like hemp to help with climate control down there. And this is another reason a fly that lets some air in and out is desirable, even if you never use it. The boys have got to breathe. We get it!

Did your mom ever tell you never to leave the house without clean underwear? I have no idea why this became such standard advice, but I agree that it’s always a good idea! And boxers with hole in front allow the soap and water to clean the outside – and inside – of your favorite underwear more thoroughly. It just makes sense – a buttoned-up shirt is not as easy to clean as an unbuttoned shirt, right?

I’d be remiss not to mention this one because we all know that urination isn’t the only reason that access is desired down there. If you want to get it on without taking it all off, the fly in boxers will allow you to do it (yes, I mean “it”). Maybe it’s cold where you live. Hey, I’m not judging!

CONCLUSION: WHY IS THERE A HOLE IN BOXERS? 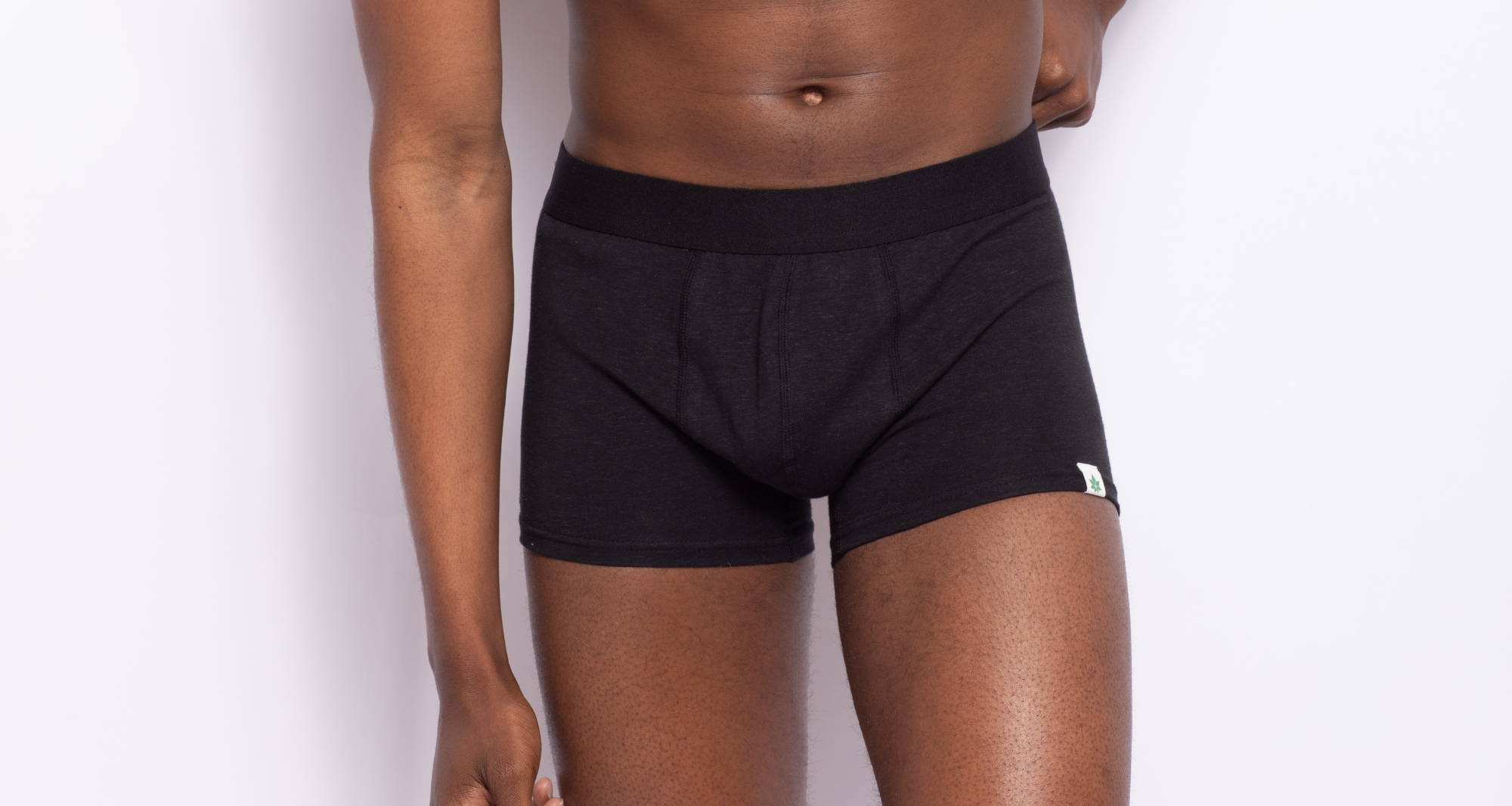 So now if anyone ever asks you, why is there a hole in boxers or what is the hole in boxers called, you’ll know! (Just don’t forget to mention the codpiece, that will impress them.) But even if you’re never asked, the next time you come across boxers with hole in front, you’ll know why it’s there and maybe you’ll even appreciate it a bit more!

So now that you know the history, what’s your opinion: Why is there a hole in boxers? And is the hole in men’s boxers vital to you when considering men’s underwear styles? Do you find it more fashionable or functional? Let me know in the comments!