The Ultimate Guide To Weed Underwear For Men And Women 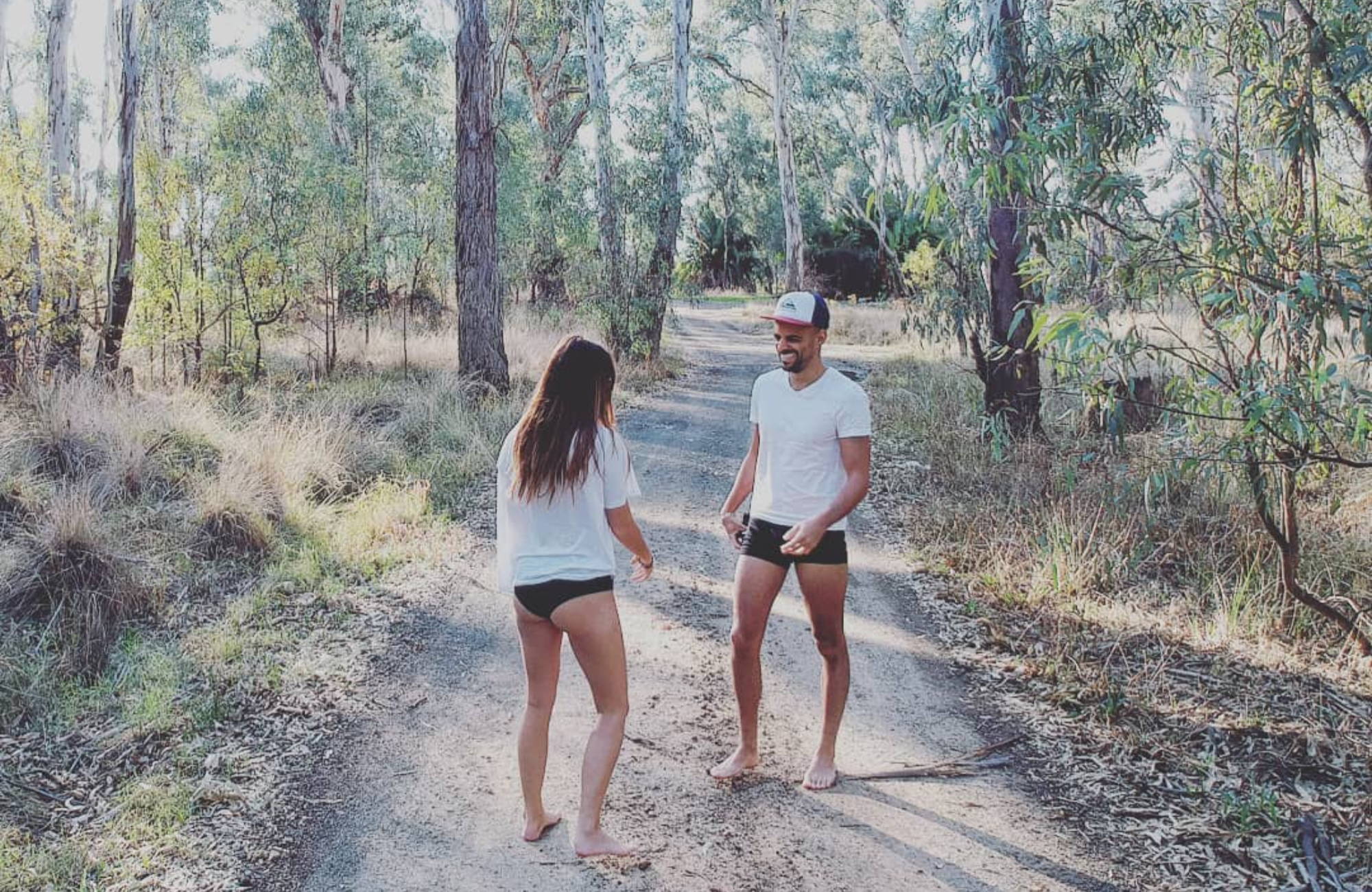 A quick internet search of “weed underwear” will take you to the land of cartoon marijuana leaves, which might be a fun place to end up. But let me tell you a secret, the majority of those products are made out of cotton, or even worse, synthetics, and their only connection to weed is the novelty print.

The actual plant that produces weed has many different uses, one of them being the ability to create hemp fabric which can be used to make real weed underwear and weed panties. The uses of the hemp leaf don’t stop there. This magic plant can also be used for the production of hemp socks and even hemp milk!

Now that I’ve put you on to the wonders of hemp, let’s take a look at where weed underwear comes from and all the different styles you can find it in. 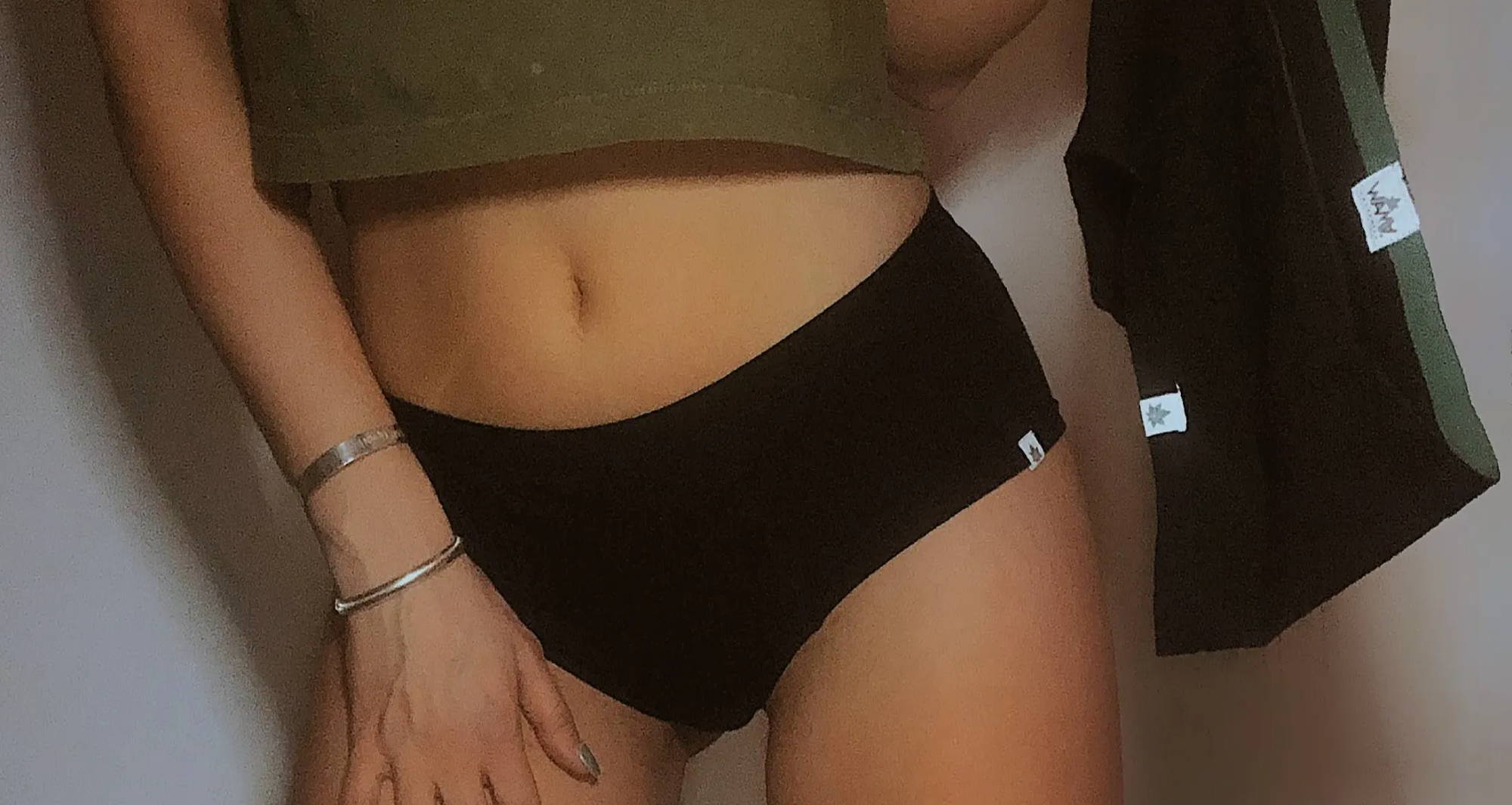 Many people are confused about the whole hemp vs marijuana thing so let's take a second to clear that up. Both come from the same plant genus, the Cannabis plant. The difference lies in the chemical composition. The Cannabis plants that make weed have a high content of THC (the component which causes psychoactive effects) while hemp contains an insignificant amount of THC.

Hemp has been harvested by humans for many centuries and used for rope, clothing, and even paints and ink. It is a very durable fabric and its production requires little water to produce which makes it a great choice for the planet.

Weed underwear, in the mainstream, would be considered underwear with the weed leaf printed on it. That’s a fun concept, sure, but most of those products are made from traditional cotton (or synthetic fabrics) the production of which has a negative impact on the environment.

So, while hemp underwear probably doesn’t have any funky prints or patterns, it has natural antimicrobial properties to keep your intimate bits healthy and fresh and it ranks among the top of the most sustainable underwear types. Sounds like the better choice to me!

Whether you’re looking for a flirty weed panty or some weed underwear men’s styles, we’ve got you covered in the list down below. (And before you ask, no, you can’t smoke your weed panties but that doesn’t make them any less impressive!)

Ladies! Hemp is the best sustainable fabric option for underwear thanks to its antifungal and antimicrobial properties. Let’s do the best for our hoo-has with this selection of cute antibacterial underwear for all occasions. 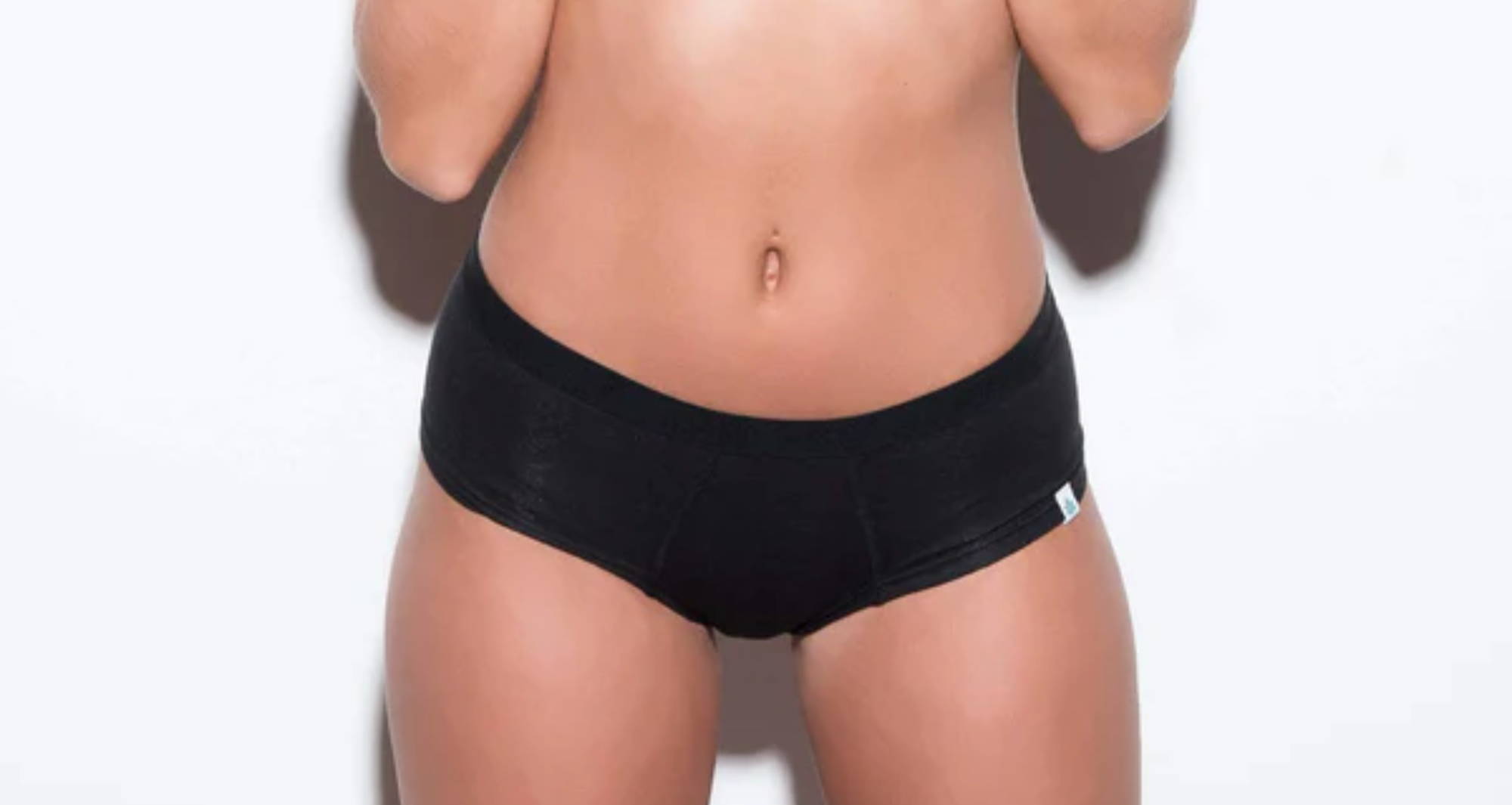 Who wouldn’t love a cozy, full coverage weed panty? This hipster underwear is perfect for those looking for comfort and ultimate protection of your privates. With the added benefits of hemp fabric, these are an underwear drawer must have!

Coverage | High
Rise | Medium rise
Occasion | On their own as pjs, to avoid chafing on the go
Features | Full coverage stretch

For those looking for containment from hip to thigh or the potential to wear pants less often, look no further than weed boy shorts! Hemp is super breathable so it’s the perfect fabric for full coverage undies like these guys. 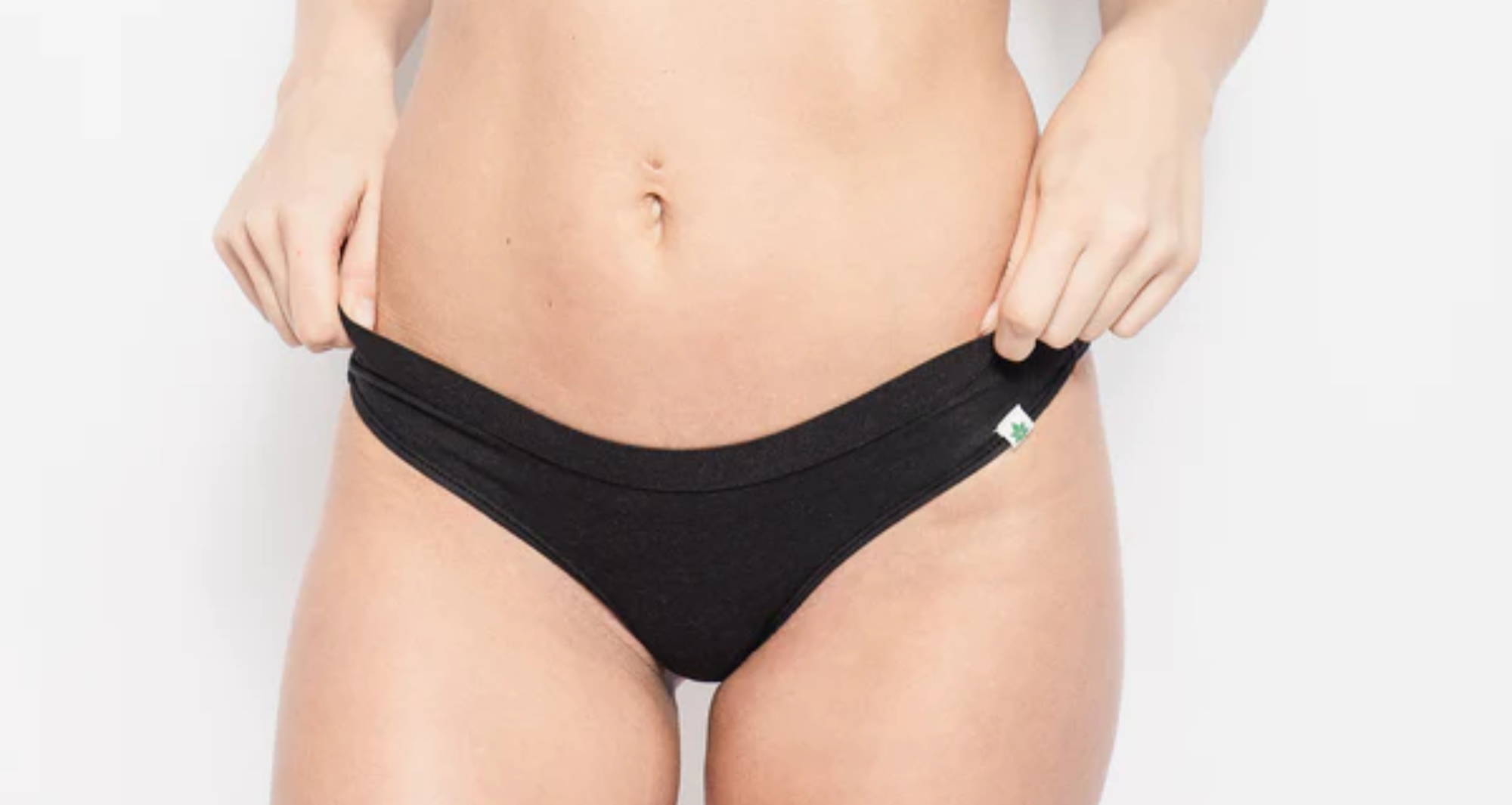 Coverage | Low
Rise | Rests at hips
Occasion | For any occasion from work to a night out
Features | Uber-versatile, comfy, and a bit cheeky

Perhaps you prefer a little bit of thigh action? Well, a weed bikini should do the trick! This fun style is both comfy enough to wear casually and hot enough to wear when you expect someone else to be seeing it. 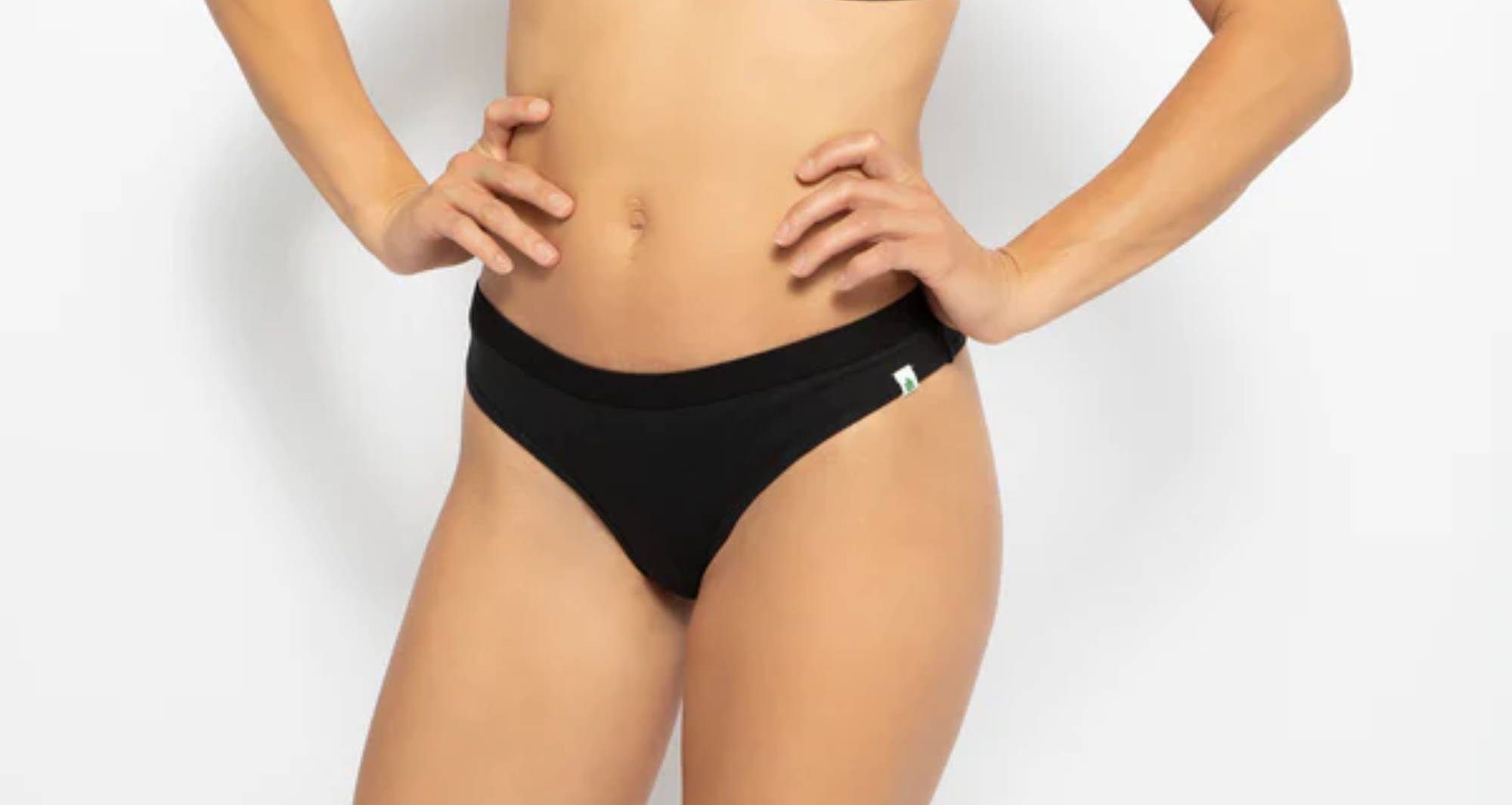 Oh hey! Hemp can do sexy too? You bet! What better option is there for an underwear style that gets extra intimate with your backside than an antibacterial one like hemp? It’s a no brainer! 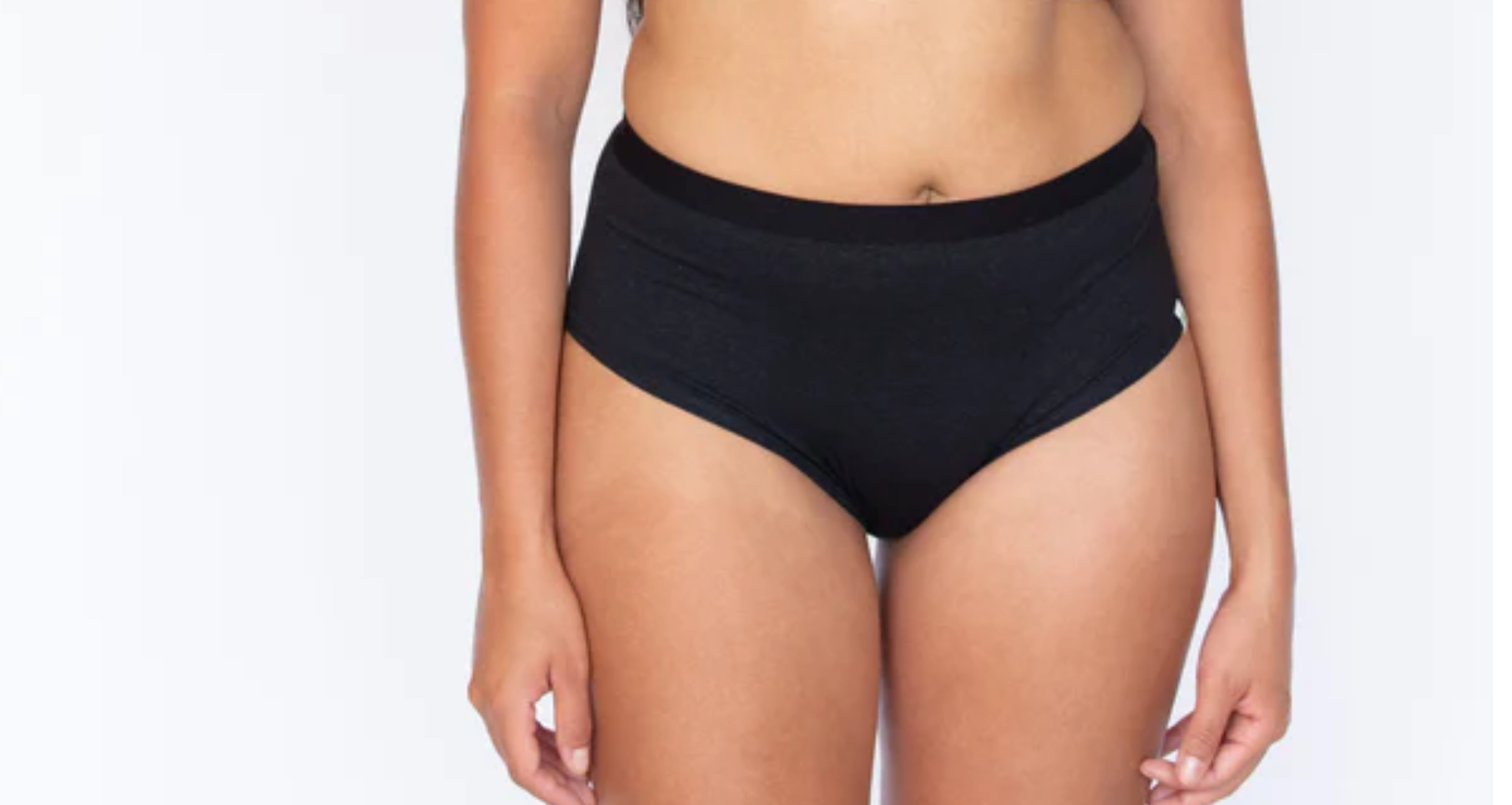 Coverage | Maximum
Rise | High rise, to belly button or above
Occasion | For everyday use under high-waisted clothes or for under your cozy pjs
Features | The comfort of being held from your belly button down

Ah the perfect pair of period panties! Because the perfect remedy for a crampy tummy is to tuck it in for bed with a hemp comforter. Get yourself some hemp chocolate or a CBD joint and enjoy all the fun benefits of this great plant and your monthly excuse to be a little lazy.

For those with something extra to protect (you know, that delicate hanging fruit…), check out these men’s weed underwear styles! Hemp fabric makes for awesome breathable underwear and is excellent for preventing chub rub. So whether you prefer letting it all hang in a pair of boxers or you’re looking for some extra support, there’s a style of hemp underwear to suit your needs. 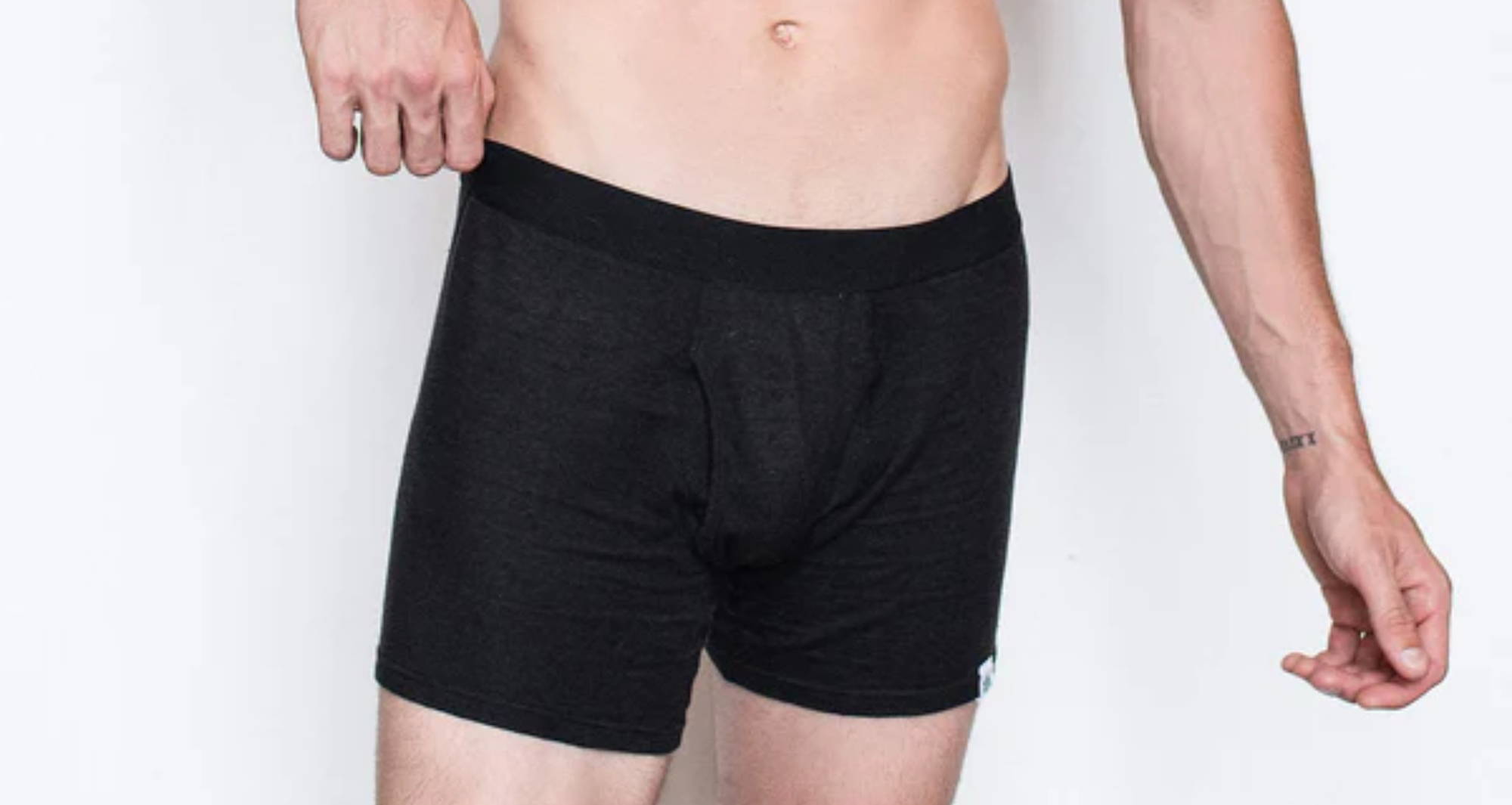 Boxer briefs are a favored style of men’s underwear and the hemp version of them sure does their job right! They’re both breathable and soft while maintaining support and moving with your body no matter what activity you’re doing. 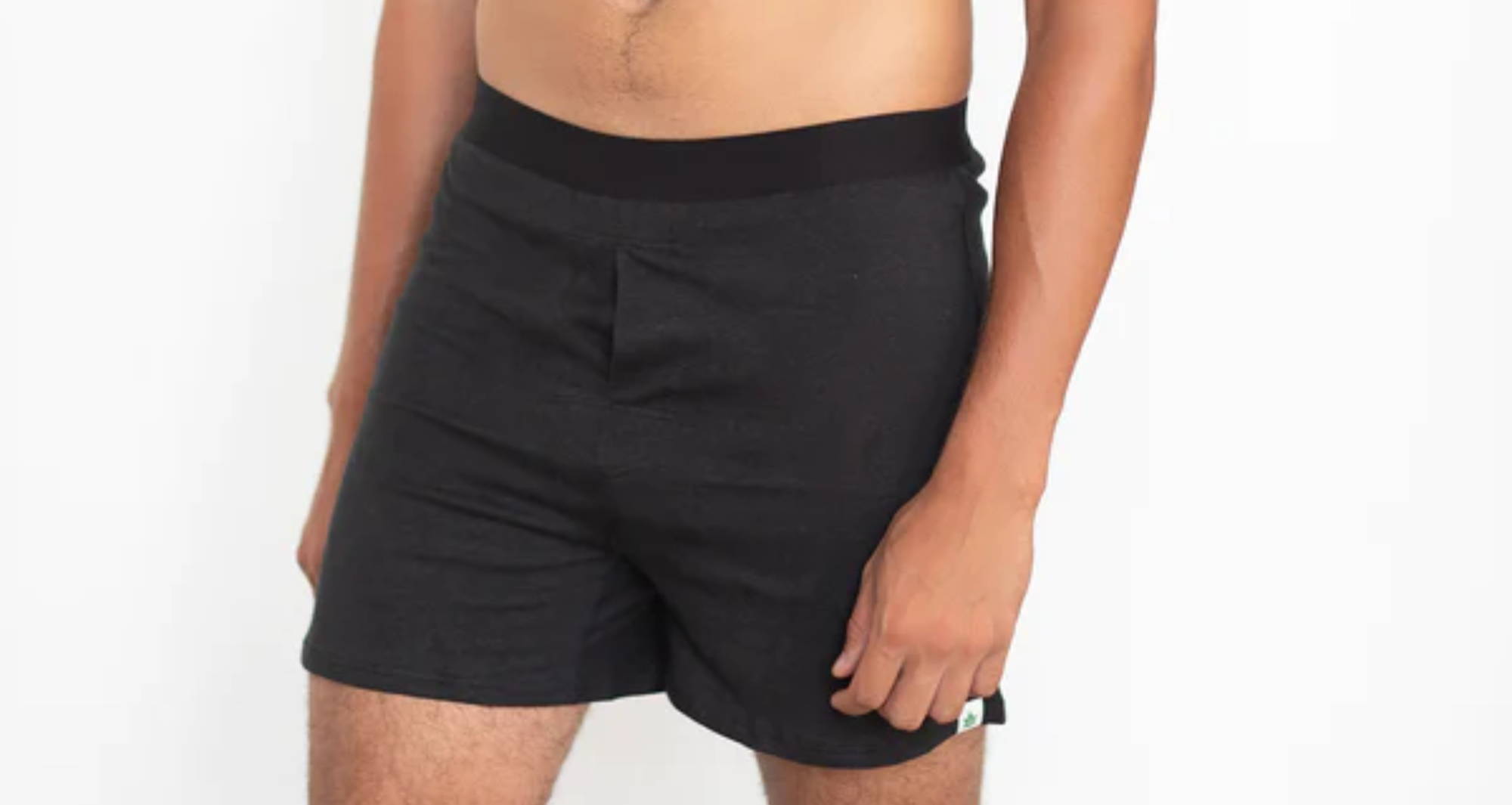 Coverage | Maximum, hips to mid-thigh
Fit | Loose
Occasion | Under loose fitting clothes or for sleeping
Features | The breeziest style of men’s underwear you can get

For the days when you want a little extra breeze downstairs, these hemp boxers are the best choice. Sure, they might be bulkier than boxer briefs underneath clothing but there’s no better option for some pantsless lounging around the house on a hot day. 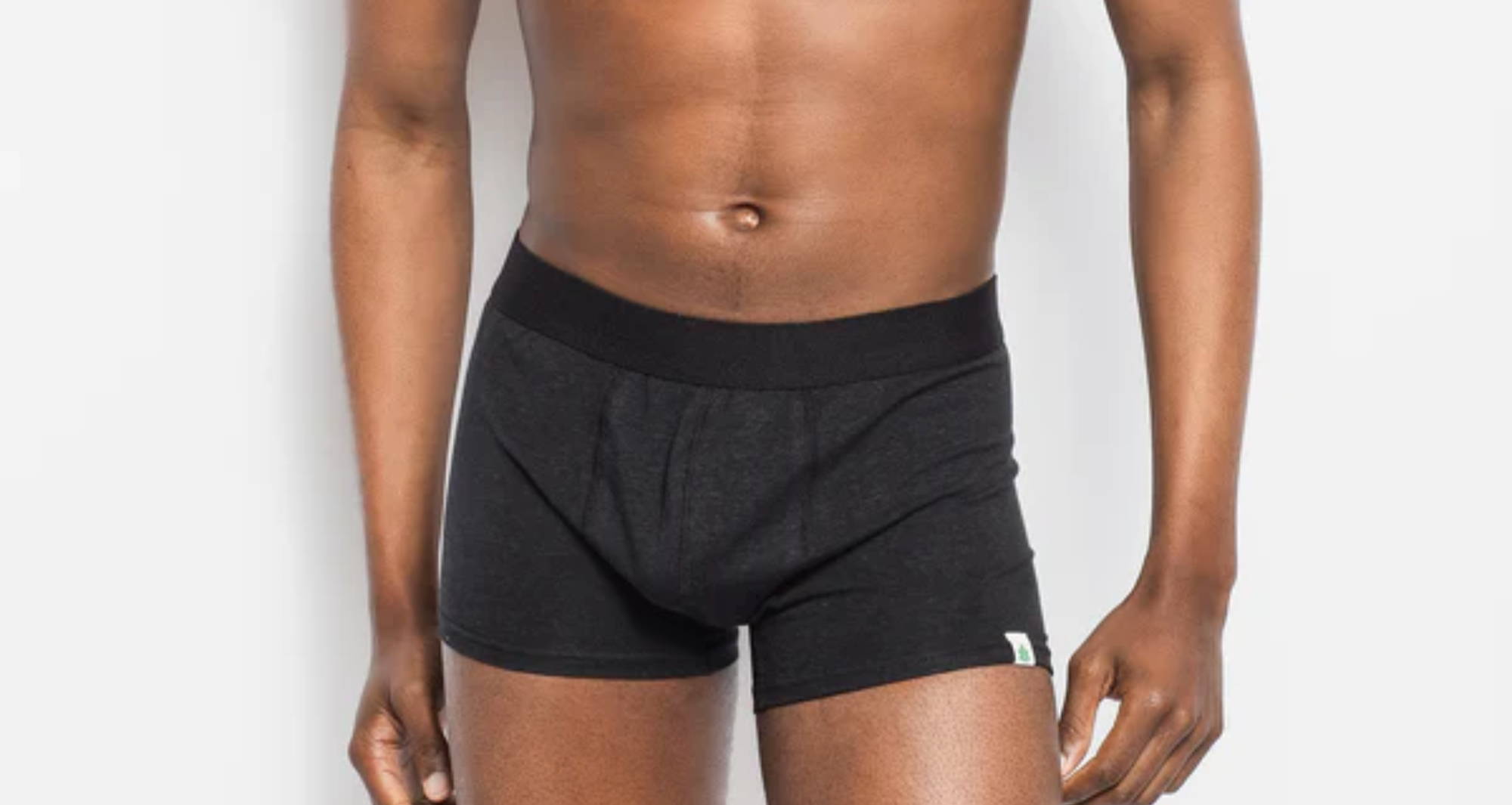 Coverage | Medium, hips to upper thigh
Fit | Semi-loose, more form-fitting than boxer briefs but still breathable
Occasion | Active days that require full mobility and support
Features | The comfort of being held from your belly button down

These bad boys offer the support and breathability of hemp boxer briefs but with a little less length on the thigh so you can really highlight those glutes. Trunks are sleek and body-hugging so they work well with pretty much any clothing styles and are great for wearing during exercise! 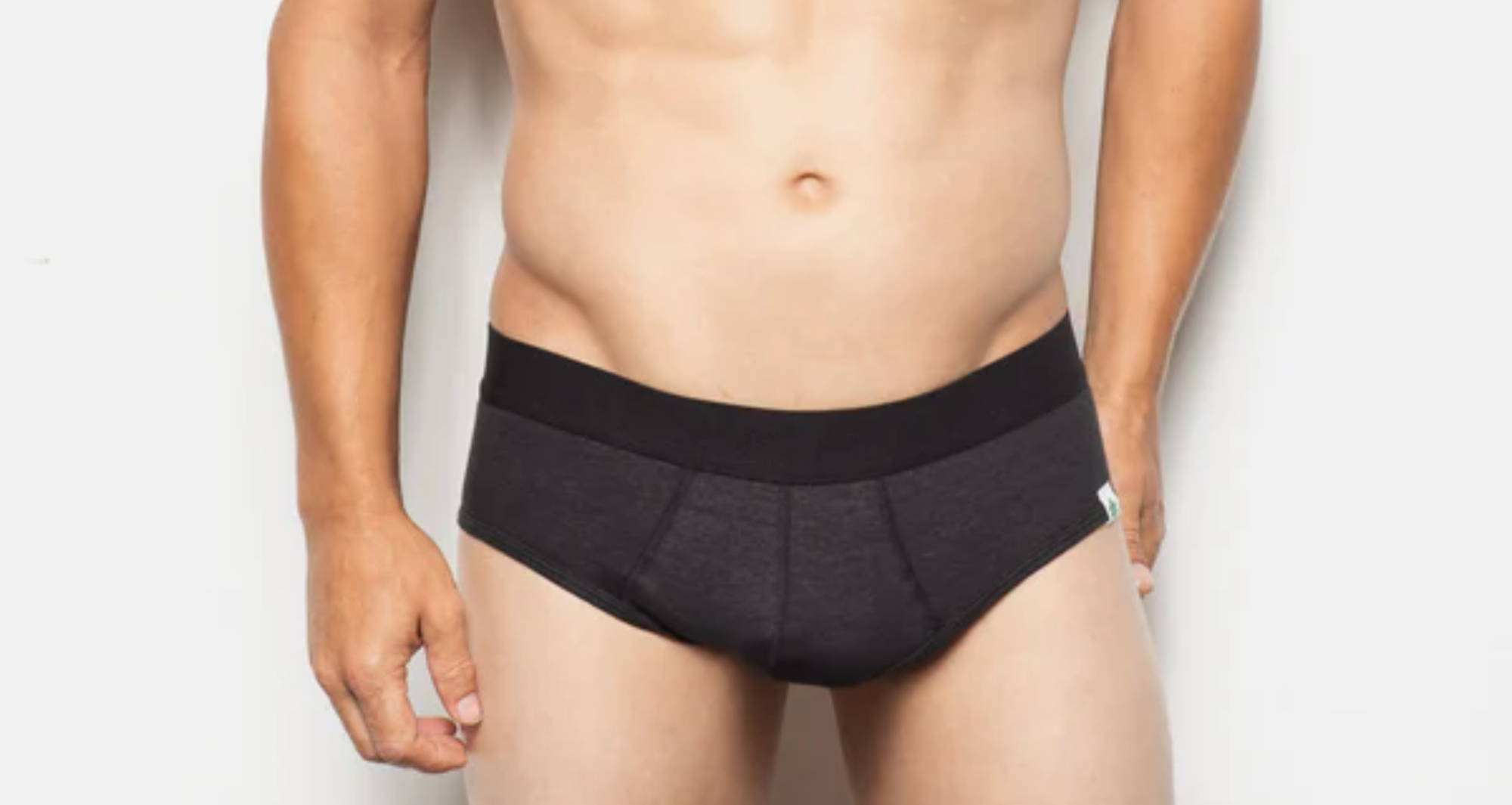 There are definitely occasions in life where the booty needs its spotlight, dudes! If you’re not brave enough to rock a thong, these bitty hemp briefs will protect and highlight your most sensitive parts.

That’s right, the comfort and fun of weed underwear don’t stop at your booty! These wonderful hemp bralettes are great bra alternatives to the traditional underwire monstrosities we all know and hate. 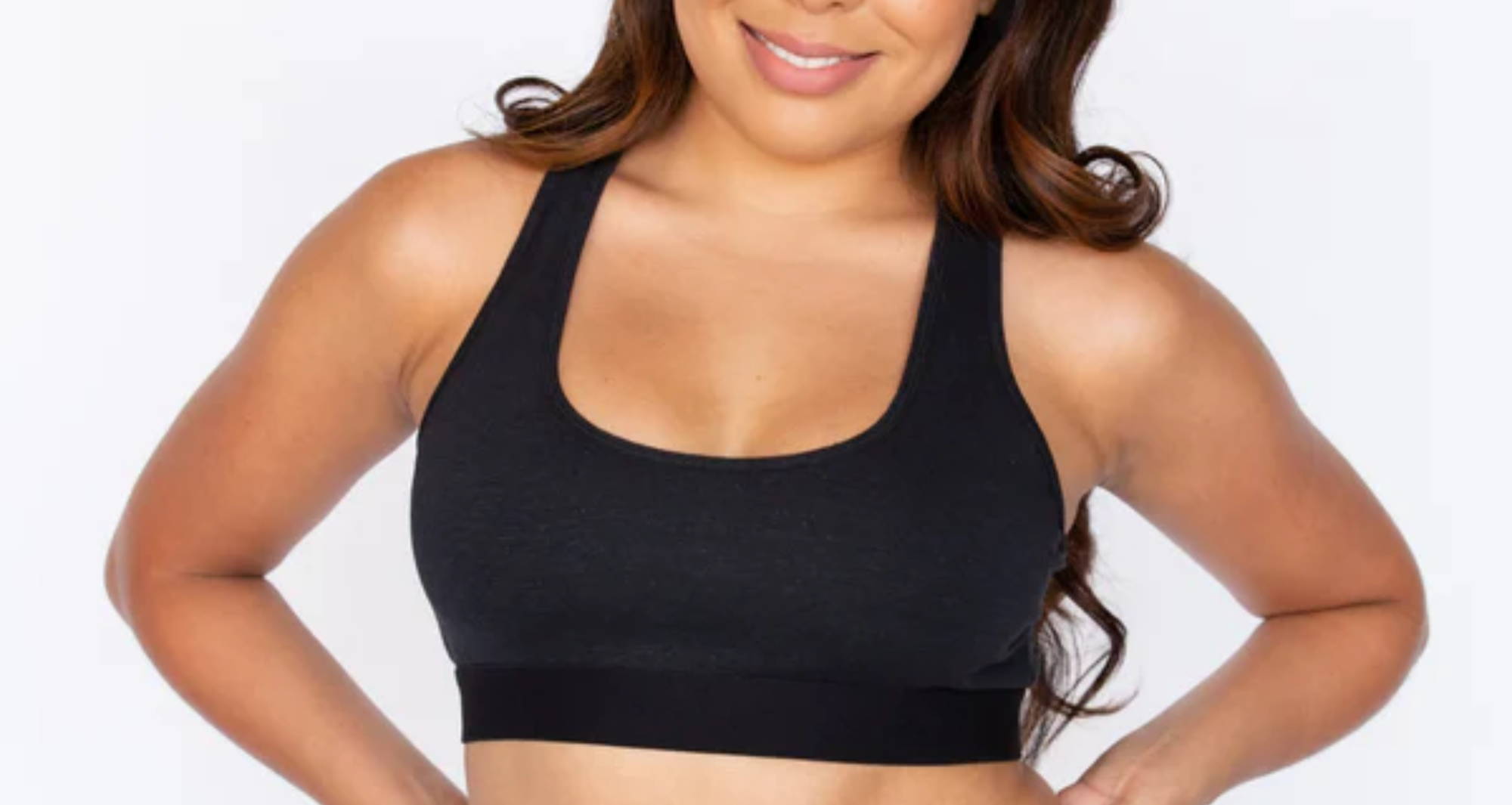 Coverage | Full
Best For | Larger breasts and asymmetrical breast shapes.
Occasion | Great for everyday use, lounging, or physical activity
Features | Support and comfort without an underwire

Offering comfort and support without any underwire, this hemp bralette is the perfect choice for all my busty gals. It’s a full coverage bralette with a comfy elastic that offers good support which makes it great for working out or hiking. On the days when you’re feeling particularly goblin chic, it will pair perfectly with its bestie, high-waisted underwear, for the ultimate cozy period outfit. 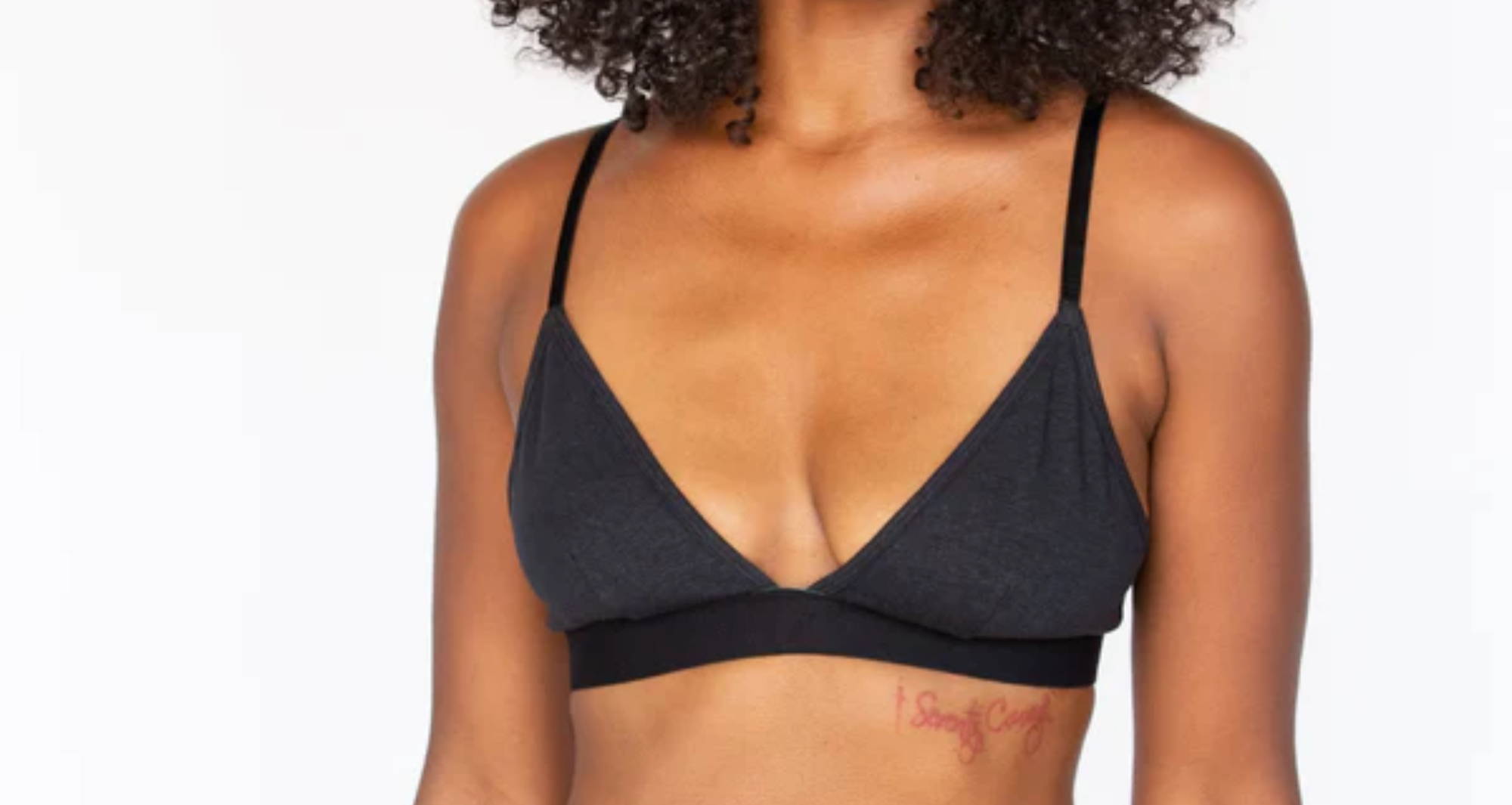 Coverage | Depending on breast size, medium to minimal coverage
Best For | Smaller bust sizes as well as slender and rounded boob shapes
Occasion | Everyday wear and low-impact activities
Features | A perfect amount of coverage and support

Once again we’ve got hemp bringing us some sexiness in the form of a daring plunge. This style is perfect for accentuating smaller breasts and it works great as a casual bra to wear under t-shirts. Yes, it’s still 100% soft and comfortable with no underwire in sight. Looks like a dream bra to me! 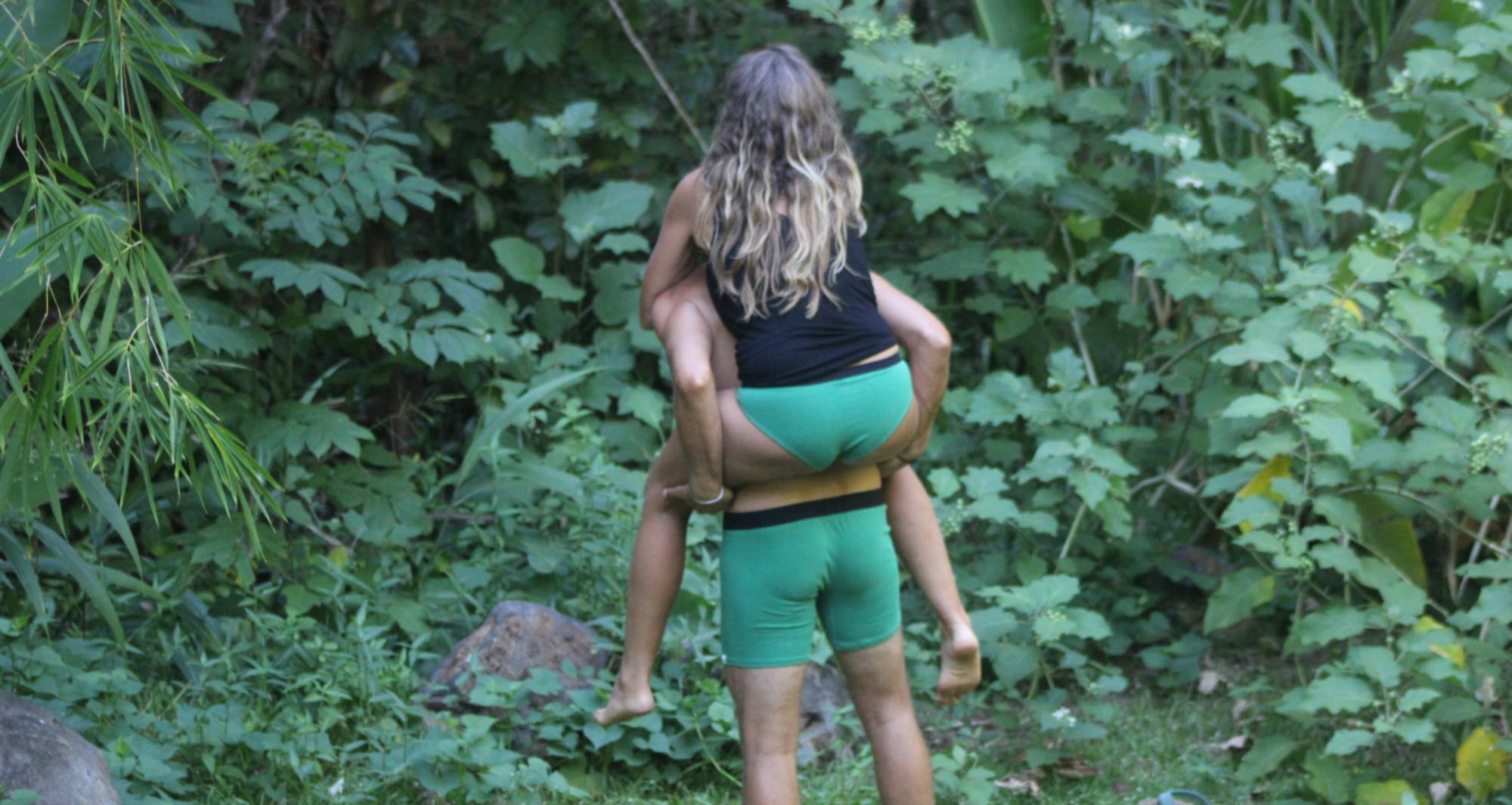 There you have it, real weed underwear! What do you think? Were you aware of hemp fabric and its close relation to weed or is this your first time hearing about it?

Whether you’ve been familiar with hemp for a while or you’re just discovering it, I hope one of these styles strikes your fancy enough to give weed underwear a try! Let me know in the comments which is your favorite!